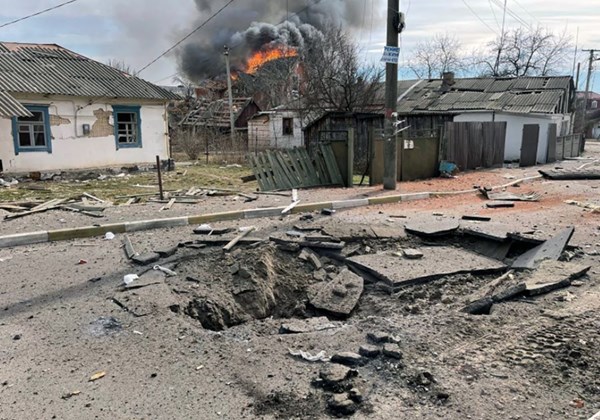 Makariv Mayor Vadym Tokar said 132 civilians were killed by Russian forces and that 40% of the town had been destroyed.

“As of yesterday, we have found 132 civilians who had been shot dead by the Russian orcs,” Tokar said during a newscast.

He added that mass graves as well as individual bodies have been found.

Makariv, which lies 32 miles west of the Ukrainian capital, had a prewar population of approximately 15,000. 25 miles to the northeast lies the village of Bucha.

Makariv saw weeks of fierce fighting, during which sections of the town changed hands frequently. Ukrainian forces retook the town in late March. According to Tokar, approximately 1,000 of the town’s residents remain.

The defense of Makariv was a success for the Ukrainian military, as Russian forces attempted to use the town as a possible entry point to Kyiv. On February 28th, four days after Russia launched its invasion of Ukraine, Russian armored columns entered the town but were repelled by members of the Territorial Defense Forces who used guerilla styles tactics. Two days later, the Ukrainian military deployed artillery and rocket launchers to the town.

After a month of intense fighting, Russian forces withdrew from the area around Makariv (and Kyiv in general). As is the case in many parts of Ukraine, mass graves are being found after the withdrawal of Russian forces.