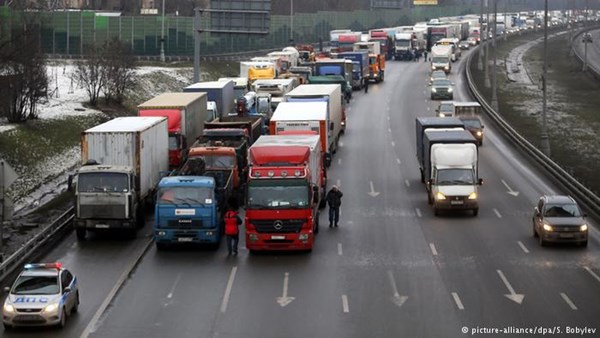 Lithuania has imposed restrictions on the transit of about half of the goods delivered by rail to the Kaliningrad region of the Russian Federation, said the Russian regional governor, Anton Alikhanov.

According to him, the restrictions will affect from 40% to 50% of products delivered to or from Russia through Lithuania, in particular building materials, cement and metal.

The representative of Lithuanian Railways Mantas Dubauskas explained that the restrictions were imposed due to the EU sanctions against Russia and Belarus, which are supposed to come into force by mid-June,

Transit of petroleum products to Kaliningrad will be allowed until August 10.

Commenting on this decision, the press secretary of the Russian President, Dmitry Peskov, called it "unprecedented and illegal.

"This decision is truly unprecedented. This is a violation of anything and everything. We understand that this is due to the relevant decision of the European Union to extend the sanctions to transit. This is also considered illegal," he said.

At the same time, Peskov promised that in the coming days an in-depth analysis will be carried out, and then retaliatory measures will be taken.

The Temporary Chargé d'Affaires of Lithuania was summoned to the Russian Foreign Ministry.

"It is stated that if cargo transit to the Kaliningrad region is not restored in full, Russia reserves the right to take action to protect its national interests," the Russian Foreign Ministry said, adding that Russia considers Lithuania's actions as "openly hostile."