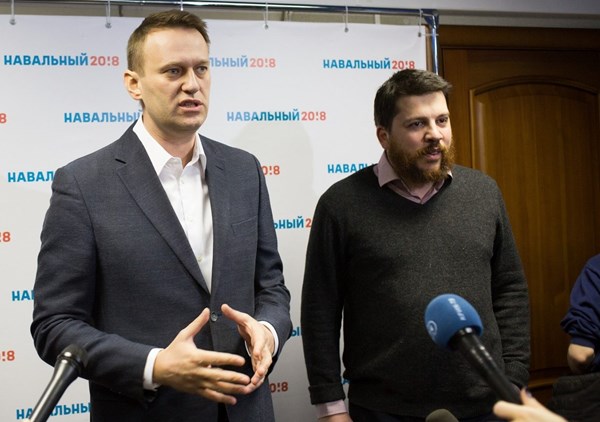 Lithuanian authorities refused to detain Leonid Volkov, the head of the network of regional headquarters of the opposition leader Alexei Navalny, who was put by Russia on the interstate wanted list, reports Delfi with reference to the Lithuanian Foreign Minister Gabrielius Landsbergis.

"The use of the international arrest warrant instruments against the opposition, in fact, discredits Russia's participation in these instruments," the Foreign Minister said.

The Lithuanian Interior Minister, Agne Bilotaite, made a similar statement. She noted that the use of Interpol for political purposes was prohibited by the third article of the Organization's Constitution. The head of the Interior Ministry added that the organization strictly prohibited any activity of a political, military, religious or racist nature.

Earlier, the Basmanny District Court of Moscow arrested Volkov in absentia. He was put on the interstate wanted list on charges of involvement of minors in unauthorized protests. Volkov called the case against him a "PR campaign of the Russian Investigative Committee."

On January 22, the Russian Investigative Committee opened the first criminal criminal case into the involvement of minors in unsanctioned protests.

Then, the Russian Investigative Committee said that supporters of the opposition are posting on the Internet, including TikTok, Facebook, Twitter and VKontakte, calls for minors to participate in the unsanctioned rallies on January 23. Russian media watchdog, Roskomnadzor, then demanded that the social networks remove calls for the protests.