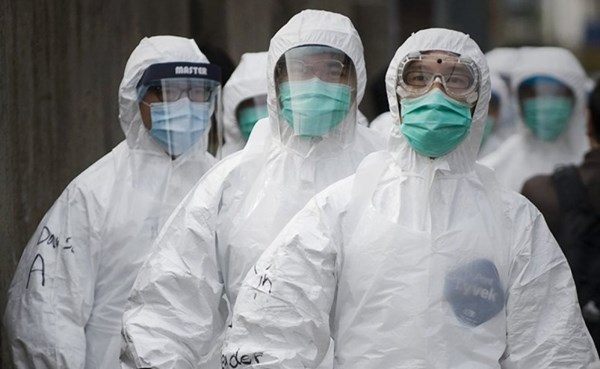 Russia's assistance to Italy in the fight against coronavirus is a geopolitical and diplomatic project of Vladimir Putin, 80% of the supply of Russian equipment is useless in contrast to Chinese supplies, wrote Italian newspaper La Stampa with reference to unnamed high-ranking political sources.

"Among Russian supplies, 80% are absolutely useless or of little use for Italy. In short, it is little more than a pretext," the newspaper quoted one of the interlocutors as saying.

The newspaper notes that the assistance to Italy was not provided by the Russian Ministry of Health, but the Ministry of Defense. The specialists who arrived in Italy are in the ranks of generals, colonels, majors. They participated in Russian military operations in the past, in which the bacteriological war was part of operations of Russian foreign intelligence, the newspaper writes. These specialists were involved in the elimination of outbreaks of African swine fever, anthrax and Ebola. Therefore, the Russians brought to Italy mainly disinfection equipment, field laboratories for sterilization and chemical-bacteriological prevention and the like.

China, the sources told the newspaper, has delivered to the country much more useful goods: masks, personal protective equipment and ventilators.

The Italian authorities assured the press that all Russian goods were delivered to the country free of charge as part of the assistance. "However, generosity has a high price: Russian servicemen move freely in Italian territory, a few steps from NATO bases," the newspaper notes.

Russian Ambassador to Italy Sergey Razov categorically denied the opinion that Russia would require Italy to "pay the bill." "How do you imagine such a demand from Russia?" RIA Novosti quoted him as saying. According to Razov, "the selfless assistance provided to Italy is not a bargaining chip." The ambassador said that he had read the publication of La Stampa with surprise. He advised to ask the residents of Bergamo, "among whom, unfortunately, many sick and dead" about the benefits of Russian supplies.

"As for politics and propaganda, in my opinion, such judgments are the product of perverted consciousness, when the unselfish desire to help friendly people in trouble is seen as insidious designs," Razov concluded.

Russian Foreign Ministry spokeswoman Maria Zakharova said she doubted the veracity of the data set out in the Italian newspaper. "My opinion is simple: why did unnamed sources comment on them?" she said.

Putin offered Italian Prime Minister Giuseppe Conte help in the fight against coronavirus during a telephone conversation on March 21. The Russian President said that mobile units, which are capable of carrying out aerosol disinfection and equipped with the necessary equipment and protection, will be delivered to Italy.