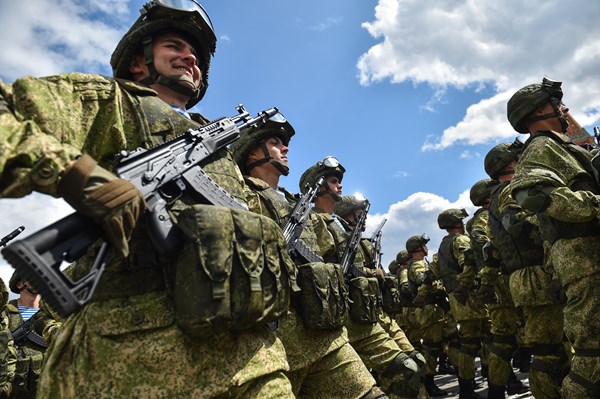 About 13,000 current and former Belarusian military agreed to go to the war unleashed by Russian President Vladimir Putin against Ukraine, said the Deputy Head of the Main Operational Directorate of the General Staff of the Ukrainian Armed Forces, Oleksiy Gromov.

According to him, Belarus has amassed six battalions of its armed forces on the border with Ukraine.

"Russia continues to drag Belarus into a full-scale war against Ukraine," said Gromov.

He added that the main motivation for Belarusians is a material reward for participating in the full-scale war, since "there is no ideological foundation in the actions of the occupiers, and no one believes in denazification."

At the end of July, British intelligence reported that Alexander Lukashenko has become absolutely dependent on the Kremlin. He is trying to avoid entering the war with Ukraine, but the room for maneuver is extremely limited.

Since the beginning of the Russian invasion of Ukraine, there have been reports that Belarus is about to join the Russian army in Ukraine. But so far, the Belarusian dictator only went as far as providing the country's territory for Russian aircraft and missile systems which Russia uses to shell Ukrainian territory.

Lukashenko’s indecision is most likely due to the fact that he does not want a direct confrontation with the West and also due to the public sentiment in Belarus. According to a poll conducted by the Warsaw-based Belarusian Analytical Workshop, 85% of Belarusians oppose their troops joining Russia's military operation in Ukraine. And only 8% are in support of Belarus joining the war.