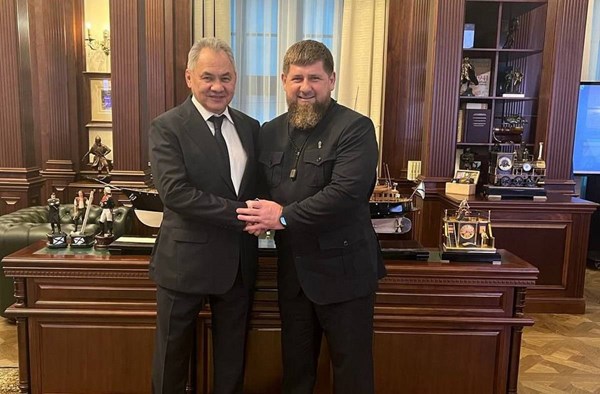 The head of Chechnya, Ramzan Kadyrov, discussed with Russian Defense Minister Sergey Shoygu the progress of the war in Ukraine.

In a post on his Telegram channel, Kadyrov said that he had discussed with Shoygu "the progress of the special operation on denazification and demilitarization" in Ukraine. The interlocutors identified further ways of "interaction".

"Sergey Kuzhugetovich [Shoygu] has identified new steps that will improve further tactics. The measures taken will significantly increase the effectiveness of offensive maneuvers and contribute to a more accelerated pace of the special operation," Kadyrov said.

In turn, Shoygu thanked Kadyrov's people for their "significant contribution" to the war.

In was reported earlier, that the Kremlin told Russian media not to put emphasis  on the duration of the war in its reporting.