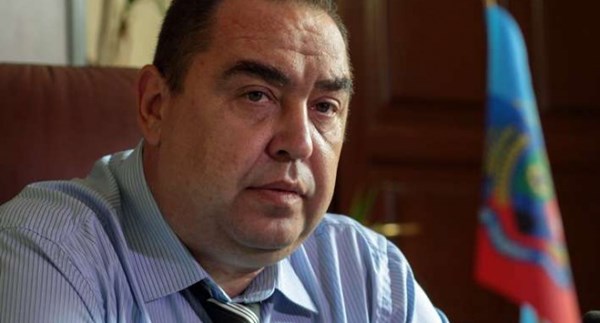 The Plotnitsky case failed to be heard in court once again, thanks to the presiding judge falling ill. In Dnipro, the judges could not consider the case against the leaders of the Luhansk People’s Republic: Igor Plotnitsky, Alexander Gureyev and Andrei Patrushev, Radio Liberty reports.

The defendants are being tried for the infamous Il-76MD crash a few years ago. On June 14, 2014, separatists used a portable anti-aircraft missile system to shoot down a Ukrainian  military transport plane over the Luhansk region. All 40 members of the 25th separate parachute brigade on board and all 9 crew members perished.

The meeting of the Krasnohvardiiskyi (formerly Chechelivskyi) district court of the city, to which the case was returned from the court of appeal, was scheduled for January 3.
As reported by a public activist monitoring the process, Natalia Balakhnina, the presiding judge went on sick leave on the day of the case’s appointed hearing. Lawyers and the accused were not informed of the development in advance.

"There is no assistant of the judge at work. The other employees provided the information that due to the judge’s sudden illness, the meeting would not take place," Balakhnina stated. No postponement date has yet been reported.

In January 2017, the Dnipro Regional Prosecutor's Office reported that it had brought an indictment to court against the leader of the separatist LPR, Igor Plotnitsky and two commanders of illegal armed groups in the case of the downed Il-76 plane.

Six months later, on July 20, two judges announced their self-withdrawal from the case.

This was the same cause for delay two months later when the trial was not held in the Babushkinskyi District Court of Dnipro. The three judges to hear the case then had recused themselves as well on the grounds of possible bias and non-objectivity.

Finally, in December, the Appeal Court of the Dnipro region brought the case against the leaders of the LPR back to the Krasnohvardiiskyi district court of Dnipro, which had not been able to proceed due to the judge's self-withdrawal.