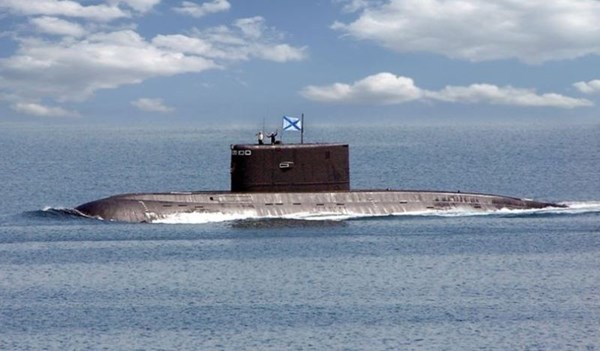 Russia and the US are holding urgent consultations due to an encounter between their submarines, according to a report by the Israeli military news portal DEBKAfile.

Citing anonymous military sources, the site reports that the incident took place in American territorial waters near Alaska, when a US submarine intercepted a Russian nuclear submarine.

The Russian submarine that was escorting the strategic submarine reportedly responded with a Balkan 2000 torpedo, which breached the American submarine’s hull.

The White House and the Kremlin began consultations on Tuesday night, DEBKAfile writes.

Conspiracies surround abrupt changes to US Vice President Mike Pence’s schedule, as he unexpectedly called off his trip to New Hampshire without explanation.

Pence received an “urgent call” which necessitated his return to Washington, the vice president’s spokesperson Randy Gentry told the press.

“Something came up that required the VP to remain in Washington. It’s no cause for alarm,” wrote his press secretary, Alyssa Farah, later on Twitter.

According to Ms. Farah, Pence did not leave Washington, and the reason for the cancellation could be publicized within a few weeks.

On Tuesday, the Russian Defense Ministry reported that 14 submariners of its North Fleet had been killed in a fire on Monday in a deepwater submersible. According to RBC, the incident took place on the AS-12 nuclear deepwater station, also known as “Losharik”. Development of this unarmed submarine began in the 1980s and was completed only in the 2000s, writes the Russian news outlet Military Survey. Its purposes include eavesdropping on foreign underwater communication lines and monitoring Russia’s own cables, sources told RBC.

Russia will not officially publish any information about the submersible on which the tragedy took place, said Kremlin Spokesperson Dmitry Peskov. “It is classified as absolutely top-secret information,” he noted.

Some of the crew members were saved, said Russian Defense Minister Sergey Shoygu, adding that the victims will be given national awards.

Shoygu said that the submariners were “heroic” during the fire in one of the modules, and first evacuated a “civilian industry representative”.

“They closed the hatch behind him in order to prevent the fire from spreading throughout the submersible, but they themselves fought to the end for the vessel’s survival,” he observed.