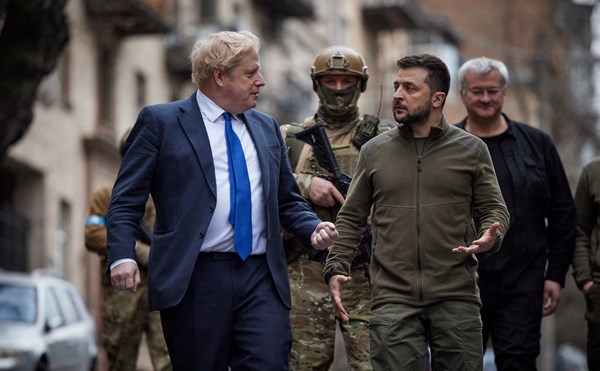 While announcing his resignation amid a wave of scandals, British Prime Minister Boris Johnson said Britain’s support for Ukraine was one of his proudest achievements while in office.

“I’m immensely proud of the achievements of this government, from getting Brexit done to settling our relations with the continent for over half a century … and, in the last few months, leading the West in standing up to [Russian President Vladimir] Putin’s aggression in Ukraine,” he said.

Speaking directly “to the people of Ukraine,” Johnson said, “I know that we in the U.K. will continue to back your fight for freedom for as long as it takes.”

Johnson had traveled to Kyiv twice in recent months and has been a staunch opponent of Russia’s invasion of Ukraine. Under his governance, the UK has donated advanced weapons systems and millions of dollars in aid to Ukraine.

Meanwhile, Kremlin spokesman Dmitry Peskov didn’t hide Moscow’s feeling about Johnson, saying “He doesn’t like us, we don’t like him either.”