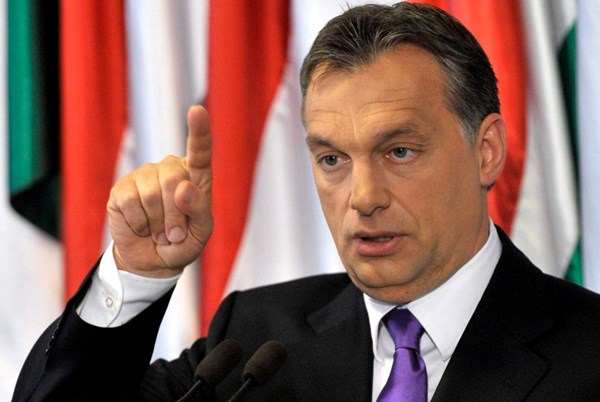 According to Ukrainian President Volodymyr Zelensky, one of the leaders of the EU countries demanded that Kyiv provide proof that the Russian war crimes in Bucha were not staged.

In an interview with the German newspaper Bild Ukrainian President Volodymyr Zelenskyy said that one of the leading European politicians wanted to see evidence of the veracity of the crimes in Bucha.

When asked by a journalist whether this EU politician is the head of the European government, Zelensky answered in the affirmative.

The Ukrainian President did not want to say who asked for the proof but quoted the European politician: "Show us the evidence that this is not staged."

It is unclear where and when Orban asked Zelensky for evidence. After the Bucha massacre, according to the European Pravda, there was no communication between the official Budapest and Kyiv.

If Hungarian Prime Minister Viktor Orban "does not see" the atrocities of the Russian military in the Kyiv region, "he should see an eye doctor," said the head of the Polish party "Law and Justice" said Kaczynski an interview with Radio Plus.

Kaczynski said that until the recent elections in Hungary, he refrained from assessing the behavior of the Hungarian prime minister, but now "I must admit that all this is very sad."

"The assessment [of Orban] is unequivocally negative. When he says he didn't see what happened in Bucha, he should be advised to go see an eye doctor," Kaczynski said.

According to Kaczynski, Poland will not cooperate with Hungary until Orban changes his position regarding Putin's war against Ukraine. Until now, Warsaw and Budapest have been close allies and jointly opposed Brussels.

"I think what Orban is doing is that he wants to play a role in ending this conflict. But I think that this is a hopeless dead end," Jarosław Kaczyński concluded.

The Ukrainian Ministry of Foreign Affairs also reproached Hungary for not recognizing Russia's responsibility for the Bucha massacre.