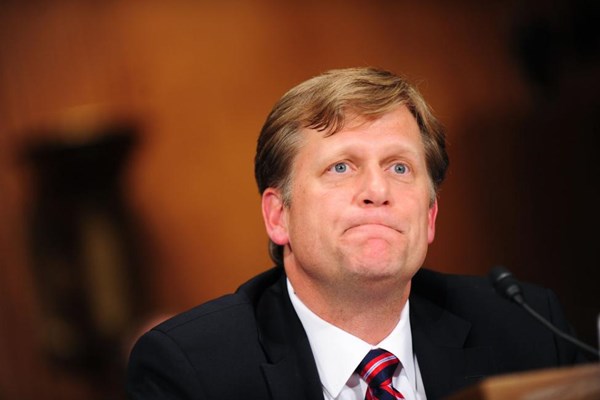 The arrest of the US citizen Michael Calvey, founder of Baring Vostok, the largest direct investment firm in Russia, should be perceived as a signal for all American businesses that continue to operate in Russia, believes Michael McFaul, former US ambassador to Moscow.

According to McFaul, the incident with Calvey, who has been sent to a pre-trial detention center for 2 months due to a corporate conflict surrounding Vostochny bank, shows that it’s time for Americans to close up shop in because any one of them could end up behind bars too.

“If they can arrest Calvey, they are not afraid to arrest anyone,” tweeted McFaul, who was the US ambassador to Russia between 2012 and 2014.

“To my American friends still doing business in Russia, it’s time to come home,” he added.

The Kremlin is following Calvey’s case, since he is known to be an “extremely consistent and major investor in our economy”, said Russian presidential spokesperson Dmitry Peskov in a comment on Monday.

Peskov gave his assurances that there is no geopolitical element to the case and that it is entirely unrelated to the deterioration of US-Russia relations. “The state of Russia’s relations with other countries never has any influence on the business activity of foreign investors here,” Peskov emphasized.

“We hope that this cannot and should not affect the investment climate in any way,” he added.

The Kremlin’s hopes in this regard are unlikely to be realized. The Calvey case “could force even the bravest foreign investors to think twice before starting investment projects in Russia,” Union Bancaire Privée asset manager Pavel Laberko told Bloomberg.

“Vostok is one of the most loyal and respected long-term investors in the country, and the arrest of six people is alarming,” he added.

“This development is part of the notorious ‘Russian risk’ entailed in carrying out business in the country,” observed Vyacheslav Smolyaninov, chief strategist at BCS Global Markets. “This is very negative for sentiment in the investment community.”

Calvey has been accused of embezzling 2.5 billion rubles (around $38 million) from Vostochny Bank through a deal to sell the bank shares in the Luxembourg-based Financial Technology Group at a deliberately inflated price.

According to Calvey, these developments are connected to a conflict between himself and another shareholder in the bank, Artem Avetisyan, who is also a member of a public council at the FSB, where the lawsuit was filed.

“Before the merger of Yuniastrum Bank and Vostochny, Artem Avetisyan withdrew significant sums from the bank he controlled through fictitious deals – they bought a mushroom farm, a canning plant and so on. We were preparing for the merger and could not control these deals,” Calvey told the Basmanny Court on 15 February.

Baring Vostok had previously filed a lawsuit at the London Court of International Arbitration in order to dispute Avetisyan’s deals. Avetisyan responded by exploiting his connections to the law enforcement authorities in Russia.

According to business ombudsman Boris Titov, the arrest itself is illegal: article 108 of Russia’s Criminal Code prohibits the provisional arrest of a person believed to have committed economic crimes. The same applies to part 4 article 159 which the charges against Calvey are based on. In such a case, other interim measures must be used – house arrest, bail, or a pledge not to leave the country.

“Such a reaction by the law enforcement organs is, of course, a very powerful signal to foreign investors, and the signal will be taken into account immediately,” Titov emphasized.

Data from Russia’s Central Bank indicates that in 2018 the flow of direct foreign investments into Russia was at a record low of $1.8 billion. In the second half of the year, investors even withdrew funds from the real sector of the economy – $5.3 billion in the third quarter and $0.9 billion in the fourth.