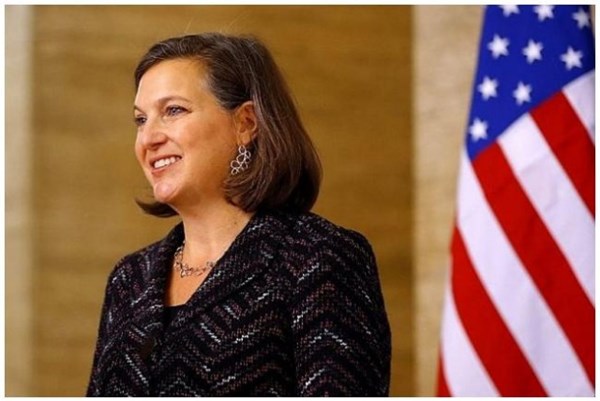 Victoria Nuland, the former State Department representative and former Assistant Secretary of State for European and Eurasian Affairs, was denied a Russian visa because she was blacklisted, according to the newspaper Kommersant.

According to the newspaper, the former official was planning to fly to Moscow for an international conference, organized in part by the Russian Council on International Affairs (RIAC, headed by former Minister of Foreign Affairs Igor Ivanov). It took place on May 20-21. The Ministry of Foreign Affairs told the newspaper that Nuland was blacklisted in response to US sanctions. The list has not been published in its entirety.

In Russia, Nuland drew attention to herself from the moment she became Press Secretary of the State Department. She is also remembered for travelling Kyiv during the Maidan protests during the winter of 2014 and offering the protestors bread and biscuits. At that time, she was already Assistant Secretary of State for European and Eurasian Affairs. She assumed this position in January 2017.

In addition to her direct responsibilities, Nuland was involved in the situation unfolding in the eastern Ukraine from 2014–2017. Thus, in 2016, she travelled to Moscow where she met with Russian presidential advisor Vladislav Surkov to discuss the situation in the Donbas. In December 2015, Nuland accompanied Secretary of State John Kerry to Moscow. Together they walked around  and purchased on Arbat Street.

In 2017, Nuland was fired. A few months later, Kurt Volker assumed the newly created position of Special Representative for Ukraine in the State Department.

Other people who have been refused entry to Russia include former Estonian President Toomas Ilves and former US Ambassador to Russia Michael McFaul.