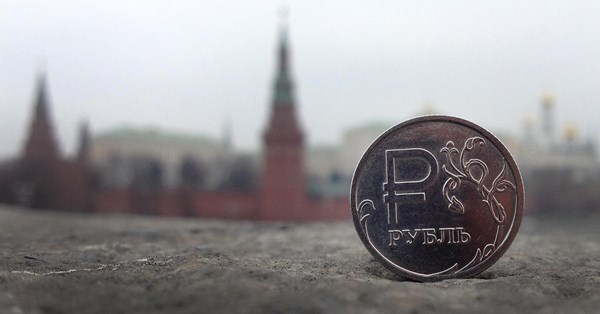 The influx of foreign investors into Russian government securities has sharply declined: by the end of June, their share in the Russian government debt market had effectively ceased to grow, said Elizaveta Danilova, head of the Bank of Russia’s financial stability department.

According to her, on 29 June, non-residents owned 30.1% of the federal loan bond market, as opposed to 30% at the start of the month.

The data comes from the National Settlement Depository, and may not take into account securities held abroad, Danilova notes.

Since the Russian Finance Ministry’s net bond placements in June amounted to 109 billion rubles, and non-residents’ share at the end of May was 30%, foreign investors invested only 39 billion rubles (around $617 million) in Russian government debt in June, observes VTB Capital strategist Maxim Korovin.

Compared to May (220 billion rubles), the influx has slowed down by more than 80%, its final amount being the lowest since the start of the year, Korovin notes: in January, non-residents invested 54 billion rubles in federal loan bonds, 70 billion in February, and 132-220 billion per month in the period between March and May.

Foreign investors bought a total of 664 billion rubles (around $10.5 billion) of bonds in the first five months of the year. The influx recorded by the Bank of Russia was a record and completely compensated for the panicked selling in 2018, when 560 billion rubles fled the market between April and December.

However, in June “not a trace of the previous interest remained”, says Raiffeisen Bank analyst Denis Poryvay: whereas in May, investors brought more than 200 billion rubles to the auctions, on 5 June the demand was 167.2 billion, and on 19 June it dropped to less than half – 70 billion, and 46.5 billion by 26 June. For the first placement in June there was only 27 billion rubles.

For the first time since the start of the year, investors started demanding yield premiums, in other words discounts to the market price. The fact that the demand disappeared so quickly confirmed how specific it was: a “narrow circle of non-residents, most likely form developing countries” Poryvay remarks.