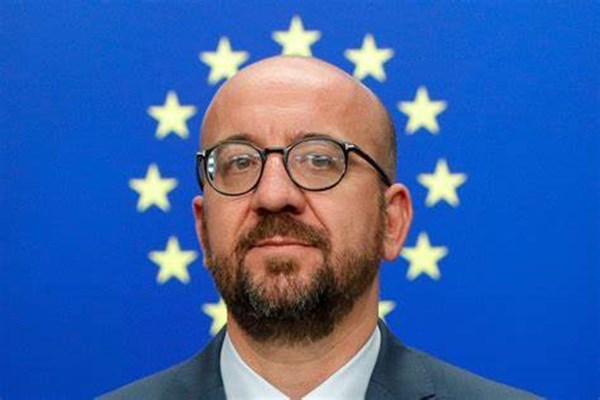 European Council President Charles Michel was forced to seek shelter after Russian missiles were fired during his visit to the Ukrainian port city of Odesa.

The spokesman of the Odesa military administration, Sergey Bratchuk, wrote on Telegram that at least four high-precision Onyx missiles were fired from the Russian-held Crimean peninsula and struck Odesa.

Meanwhile, the Russian Ministry of Defense said Ukrainian helicopters were destroyed by “missiles of the Bastion coastal missile system near the settlement of Artsyz in the Odesa region.”

The southern port city of Odesa escaped large-scale Russian strikes in the early weeks of the war, but over the last several weeks the city has been subject to increased Russian strikes.

Two weeks ago, Russian Major Gen Rustam Minnekayev said Moscow seeks to establish “complete control” over eastern and southern Ukraine, which would provide a land bridge from Russia to the annexed Crimea as well as the Moldovan breakaway region of Transnistria. This would involve establishing control over Odesa.