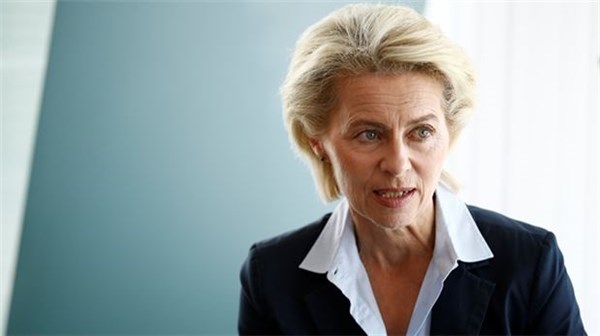 "Most importantly, there are six big sanctions packages. These sanctions are biting hard and really destroying the financial basis of Putin, who is waging this war, and are hitting the Russian economy hard," von der Leyen said at a press conference following a special meeting of the European Council in Brussels on May 31.

She added that by the end of the year, oil the Russian Federation will no longer flow "at full speed."

The sixth package of EU sanctions will also include restrictions on dozens of Russian businessmen, three TV channels and disconnecting from a number of Russian banks from SWIFT, said French President Emmanuel Macron.

"We have decided on the sixth package of sanctions, which is extremely important, because it allows us to impose sanctions against 80 oligarchs, ban and impose sanctions on three TV channels, disconnect the main Russian bank from SWIFT and impose restrictions on oil," Macron said after the EU summit.

According to him, it is expected that by the end of the year the EU will cut imports of Russian oil by 92%.

The French president also noted that the sixth package of sanctions is a "very important stage" in the strategy of European countries against the Russian Federation.

On May 31, the leaders of the EU countries agreed on the sixth package of sanctions against the Russian Federation, in which oil imports will be cut by two thirds. Also, the Russian bank Sberbank will be disconnected from the SWIFT payment system and three Russian TV channels will be banned from broadcasting in the EU. In addition, the package includes personal sanctions against Russian oligarchs.

The Ukrainian Ministry of Foreign Affairs called on the EU to immediately begin preparations for the seventh package of sanctions against Russia, which will include a ban on other types of Russian exports and other restrictive measures.