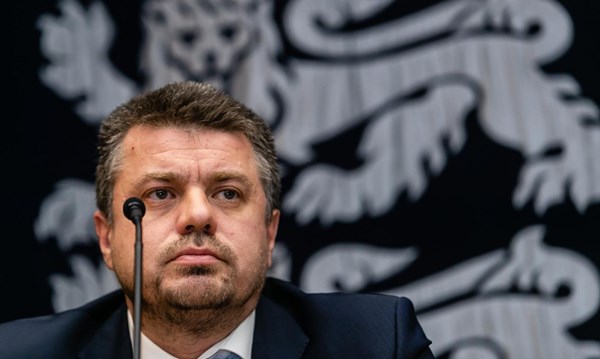 Estonian Foreign Minister Urmas Reinsalu has accused Russia of falsifying history, ERR reports. Speaking in Tartu at an event commemorating the Treaty of Tartu, Reinsalu said the treaty is valid due to the principle of legal succession.

“The falsification of history by Russia, which denies the annexation of Estonia, implies justification of the sphere of influence policy and violence policy of totalitarian regimes, and the Estonian Republic condemns this,” the minister said.

In 1920, Soviet Russia and Estonia signed the Treaty of Tartu, according to which several territories in Russia’s Pskov and Leningrad regions belong to Estonia. After the Estonian Soviet Socialist Republic was liberated from Nazi forces during the Eastern Front of World War II, Soviet Russia retook the territories in question.

In 1991, the Estonian council declared all revisions of the state border after the Treaty of Tartu “null and void”. In 2005, Russia and Estonia resolved the border issue, and in 2014 their foreign ministers signed a corresponding treaty, which was supposed to be ratified. However, members of Estonia’s conservative party objected to the document, and insisted that the border be revised in accordance with the Treaty of Tartu.

In January 2020, Estonian parliamentary chairman Henn Põlluaas said that the ruling coalition does not intend to ratify the treaty from 2014. He said that Russia has annexed 5% of Estonia’s territory, and must return it. Estonia’s parliament, the Riigikogu, published a statement saying that what Põlluaas said is his personal opinion, and does not represent parliament’s position.

Russian Foreign Ministry Spokesperson Maria Zakharova said previously at a press conference that the Treaty of Tartu belongs in history, and is no longer valid. According to her, it is not included in the registry of international treaties. She said that in 1940, Estonia became part of the Soviet Union, and ceased to exist as a subject of international law. Accordingly, she claims, the Treaty of Tartu was invalidated.