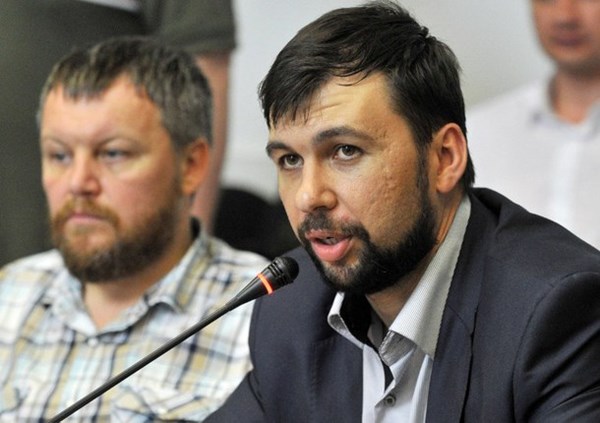 Following the assassination of its leader, Alexander Zakharchenko, the unrecognized Donetsk People’s Republic (DPR) has found itself in a state of complete uncertainty, writes Russian publication the Insider. Initially, at an urgently convened session of the DPR government, Deputy Chairman of the Council of Ministers Dmitry Trapeznikov was appointed as interim leader, the Russian news outlet The Insider reports. Rumors spread that the regional elections planned for autumn would be postponed or outright canceled. However, one week later the DPR General Procuratorate announced that it was illegal to appoint Trapeznikov, and the People’s Council chose a new chairman ad interim – Denis Pushilin, who previously represented Donetsk at the Minsk talks. 11 November was also confirmed as the date that the DPR’s presidential and parliamentary elections will be held.

Reports have come from Donetsk that last week, most ministers and a large number of high-ranking members of the People’s Council were voluntarily or forcibly put in a bus and taken to a secret meeting in Rostov-on-Don. According to The Insider, the Russian representation at the meeting was headed by President Putin’s aide, Vladislav Surkov, and Sergey Nazarov, Deputy Minister of Economic Development and Chairman of the Interdepartmental Commission on the Luhansk and Donetsk People’s Republics and Crimea. The meeting was also attended by members of the Rostov regional administration, law enforcement officers, and political scientist Alexey Chesnakov, who was the first to state publicly that Denis Pushilin should be appointed head of the DPR. A source shared several details of the meeting with The Insider.

“At the meeting, they discussed the fate of Alexander Timofeev (aka ‘Tashkent’), the "right hand man" of the late Zakharchenko, and there was talk of prosecuting the DPR’s former "gray cardinal" on charges of corruption and even confiscating the resources he stole. There was a debriefing on the "extraction" of property in the republic. They also discussed the future fate of the "First Republican" chain of supermarkets belonging to Zakharchenko’s widow. There is information that FSB officers have been posted in the DPR. There may be a detailed investigation according to the Dagestan anti-corruption clean-up scenario. They also plan to reduce the staff of the ministries, with a significant increase in control by Russia. According to certain information, the DPR Defense Ministry has already been dissolved, and all armed forces, including the special forces of the Ministry of Revenues and Duties, the Ministry of Emergencies, the Republican State Protection Service and others, have been reassigned to the Donetsk Corps, which is controlled by the Russian curators, or transferred to the internal troops. It is assumed that the protection of departments and individual officials will be reinforced by Russian specialists, possibly even GRU forces.”

The possibility of restoring the famous “Russian Spring” field commanders Alexander Khodakovsky and Igor Bezler to leadership positions was also discussed. Previously, Surkov categorically objected to these candidates, but recently his influence in political games has weakened significantly. Former Ukrainian Interior Minister Vitaliy Zakharchenko was allegedly proposed by the Russian law enforcement officials as a candidate for DPR leadership. This other Zakharchenko is a native of the Donetsk region.

One of The Insider’s sources believes that after the death of the hyped-up commander-in-chief Alexander Zakharchenko, Pushilin is now the most widely recognized candidate. In addition, he is already in power, and may quickly make a number of popular decisions. The remaining candidates have already been more or less forgotten, and the active members of the online community who are violently condemning the potential of various politicians constitute only a small part of the electorate. Young people are unlikely to take an active role in voting. There are plans to raise the pension to 1,000 rubles for pensioners, and if the sociological studies are to be believed, Pushilin’s chances are quite good.

At the start of his role as head of the DPR ad interim, Pushilin immediately signed a whole package of laws, many of them concerning the republic’s power block, namely the laws “On the Ministry of state security”, “On operative search activity”, “On the judicial system of the DPR”, “On the status of judges”, “On the procuratorate” and the Criminal Procedure Code. It is interesting that, during his years of work as spokesman for the People’s Council, Pushilin was in no hurry to pass these laws. This effectively created a situation where the courts, the procuratorate and the ministry of state security functioned without a normative basis. This means that, for example, all rulings of court instances made before the relevant legislation can be considered illegal, and disputed.