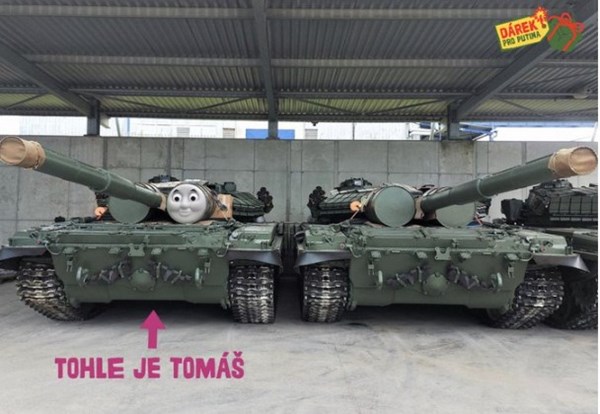 Czech citizens have crowd funded the purchase of a modernized T-72 tank to be given to the Ukrainian military.

“The Czech Republic became the first country where ordinary people bought a tank for @DefenceU - a modernized T-72 AVANGER. It was given the name Tomas (on the left in the photo). More than 11,000 people collected 33 million koruna (over 1.3 million dollars) through the "Gift for Putin" initiative. Thank you!” Perebynis wrote on Twitter.

The “Gift for Putin” (Darek pro Putina) initiative called for the fundraising to continue.

“And what will happen next? Ammunition! Ammunition for tanks, rocket launchers, howitzers and cannons. Ammunition!” the organization wrote on Twitter.

In June, a crowd funding effort in Lithuania raised nearly 6 million euros to purchase a Bayraktar TB2 advanced combat drone to be transferred to the Ukrainian Armed Forces. Instead, the Turkish defense company announced they would donate the drone to Ukraine and asked that the funds be used for humanitarian assistance.