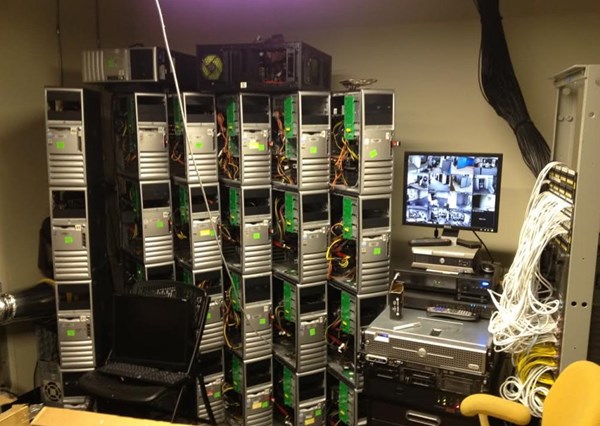 Two employees of the Council of Ministers of the Crimea have paid for installing software for mining bitcoins on a government server with their posts, as announced at a press conference in Sevastopol by the head of the Anti-Corruption Committee of the Crimea, Alexander Akshatin.

"The people have been fired. I think that in the future there will be no interest [in doing something like this]," RIA Novosti news agency quotes Akshatin as saying.

The Committee head explained that the incident involved two specialists working in the IT division. According to Akshatin, they put malicious software on the server of the Crimean government, which opened access to the information stored on it. Concurrently more than a dozen computers in the basement of the building were launched to also give such access.

The Committee head noted that the attackers managed to earn a little. "I cannot say exactly, but less than one bitcoin. Then (in February-March 2017,) bitcoin was $1800; now, it costs $ 4000. Even half a bitcoin is some money," Akshatin noted, stressing that they did not manage to cash out the crypto currency.

The head of the committee said that corruption violations were also revealed against four high-ranking officials of the government of the republic. "Just yesterday, the Deputy Minister, Deputy Chairman of the State Committee, First Deputy Head of the State Committee, and another high-ranking official have been deprived of any bonus incentive payments for a year," Akshatin said

According to Akshatin, 82 people have been punished in total since 2014. He specified that this is speaking only of disciplinary measures. The violations mainly concern the existence of overseas accounts.

"But it must be taken into account that almost all officials in the Crimea had and have financial instruments abroad; an account in a Ukrainian bank, for example, which cannot be closed from the Crimea. I notify my employer, the head of the republic, every year regarding this - that I cannot close the account. Someone who has not notified receives a warning. And if he indicates false financial information – [he receives] a reprimand. For systematic violations – a loss of confidence note is issued," Akshatin explained.