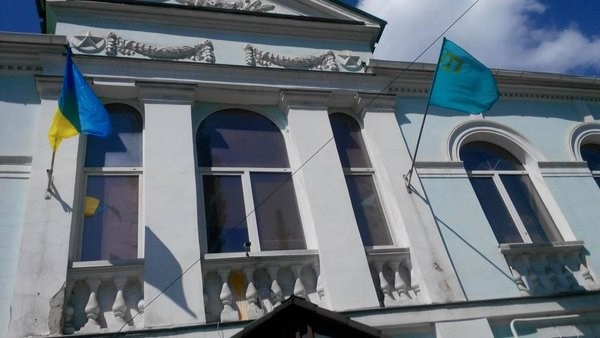 The Crimean authorities intend to nationalize the property of the Mejlis of the Crimean Tatar People and hand it over to the Russian-controlled Spiritual Direction of the Muslims of Crimea (SDMC), Krym.Realii reports, citing Sergey Ayksyonov, Russian Prime Minister of Crimea.

Aksyonov noted that no “nationalization” is currently taking place on the peninsula, but with respect to the Mejlis’s property “the relevant measures should be taken”.

The initiative had been voiced the day before at the Qurultay (national congress) of the Crimean Muslims, which was held at the SDMC’s request on Saturday, October 27.

The list of Mejlis properties which would be affected was not made public.

“I don’t know the details. I don’t know about specific facilities, by the end of the day I will look and take my own stance,” Aksyonov said.

The main building in Simferopol where the Mejlis had its office was taken from the Crimean Tatars as early as 2016. The Mejlis itself was declared an extremist organization and was banned from operating in occupied Crimea.

Recently Mejlis member and head of the Crimean Resource Center Eskender Bariev said that since the start of the year, six people have become victims of the occupation regime in Crimea, with a fatal outcome.