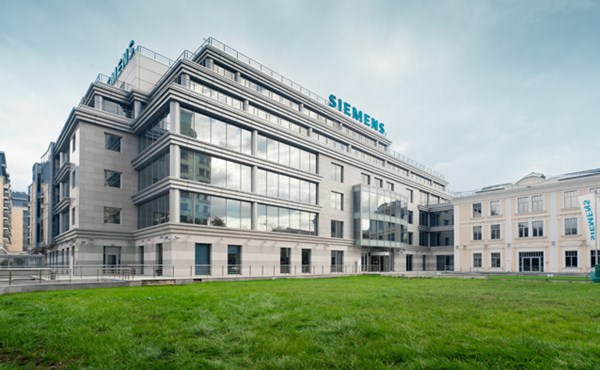 The Moscow Arbitration Court scheduled a preliminary meeting on October 20th to review the suit brought by the joint venture of Siemens and OJSC Power Machines – Siemens Gas Turbine Technologies LLC (SGTT) – against two Russian enterprises, the Rostec state corporation and Technopromexport JSC, as stated in the court documents.

The press service of Siemens in Russia has not yet commented on the content of the claim against Rostec.

Earlier, Siemens itself filed a lawsuit against Technopromexport due to a scandal involving the supply of turbines for thermal power plants in the annexed Crimea; the first hearing on the case is scheduled for September 18th.

Prior to this, the Moscow Arbitration Court twice denied Siemens’ request to seize the turbines that bypassed the sanctions and were delivered to the Russian-annexed Crimea, as an interim measure.

Siemens Gas Turbine Technologies is a joint venture between Siemens AG (65%) and Power Machines (35%). Its produces and maintains gas turbines with a capacity of more than 60 MW for Russia and the CIS countries, it is engaged in the development, assembly, sale, and servicing of gas turbines, as well as their local production.

In early September, it became known that the Russian government postponed the timing of the launch of the Simferopol and Sevastopol thermal power plants in the Crimea for May-June 2018.

The scandal involving sending the Siemens turbines to the annexed Crimea from neighboring Russia flared up in June. Russia denied the company's ownership of turbines in the Crimea, however Siemens recognized the equipment as its own.
On July 10th, the head of the Ministry of Energy of Russia, Alexander Novak, said that the thermal power plants in the Crimea will be built, even if Siemens withdraws the turbines delivered to the peninsula.

In the Russian-annexed Crimea, despite the launch of the third line of the Russian energy bridge in the spring of 2016, power outages continue. Since December 2015, the Crimea has ceased to receive electricity from the mainland of Ukraine due to the damage to an electric pylon in the Kherson region. Now the Crimea is supplied by its own power generation, by generator sets from Russia, and by an energy bridge from Kuban.