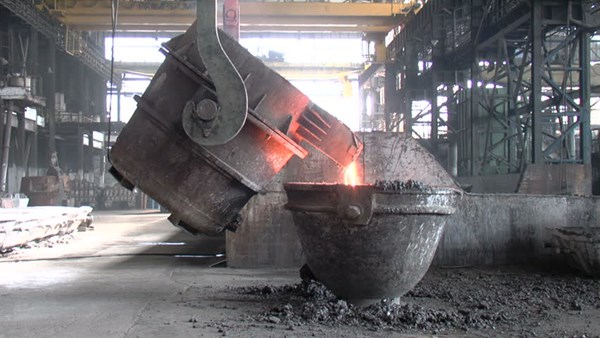 The military coup in Guinea may become a painful blow to the aluminum empire of the Russian tycoon Oleg Deripaska who built it in the bloody chaos of the 1990s.

Russia's largest aluminum producer Rusal could lose a third of its production as it relies on supplies of bauxite from Guinea, an industry source told RIA Novosti.

Guinea, where 43% of the population lives below the poverty line and 32% cannot read and write, ranks first in the world in terms of bauxite reserves, providing 20% of world production and 45% of raw materials for Rusal. "There is virtually no other sources which can compensate for these losses, since there are no new bauxite deposits in Russia,” the source told RIA Novosti.

RBC news agency reports, citing its source in the port of Conakry (the capital of Guinea), that the shipments of bauxite for Rusal have been stopped since September 5.

Shipments continue through the port of Kamsar as part if the transshipment from the Dian Dian project. But this is only 40% of bauxite supply from Guinean assets for UC Rusal.

"If we consider the possibility of using other sources of raw materials for the production of aluminium, the cost will be much higher than when using imported bauxite," says the RIA Novosti’s source.

"In addition, huge investments in technology are needed. Because of the recently imposed export duties on aluminum in the amount of 15% and the risks of reduced production, such projects may not be feasible," he adds.

On September 5, soldiers took to the streets of Guinea's capital, urging people to return to their homes immediately and not to leave. They blocked roads, and then announced the suspension of the constitution, the dissolution of parliament and the government.

President Alpha Condé was detained by the military. Lt Col Mamady Doumbouya appointed himself head of the National Committee for Reconciliation and Development and ordered the closure of the country’s borders. The military has imposed a curfew "until further notice."

Due to the events in Guinea, the cost of aluminum reached a maximum since 2008 - 2,761 thousand dollars per ton. Shares of Rusal on the Hong Kong Stock Exchange soared by 14% surpassing the peaks of 2012.