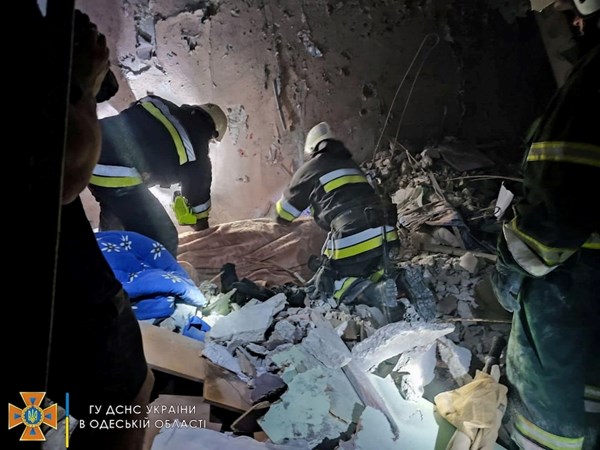 The death toll from Russia’s overnight strikes on Bilhorod-Dnistrovskyi, about 50 miles southwest of the Black Sea port city of Odesa, has risen to twenty, according to Ukrainian officials. Dozens of others were injured in the strikes.

One of the missiles hit a nine-story residential tower, killing 16 and injuring at least 37, according to Ukraine’s state emergency service. Another missile hit a recreational center, killing four more, including one child.

“We don't expect to find anyone alive, but there is a chance,” first deputy interior minister Yevhenii Yenin said earlier on Friday, speaking from the scene of the attacks.

According to Kyrylo Tymoshenko, an adviser to Ukrainian President Volodymyr Zelensky, “Terror is a common tactic of Russia. First, they cover their criminal actions with an ‘act of goodwill’ and then launch rocket attacks on our peaceful cities.”

Last month, the British Defense Ministry warned that Soviet-era anti-shipping weapons were being used against land targets in Ukraine. According to them, such weapons are “highly inaccurate and therefore can cause severe collateral damage and casualties.”