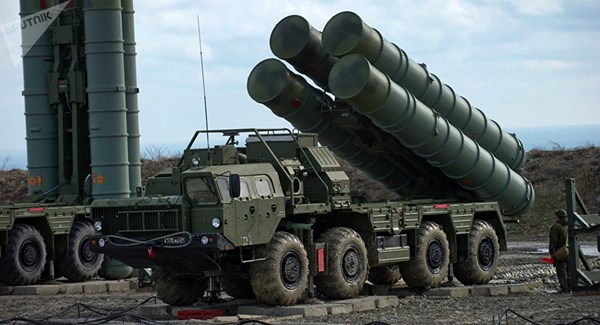 The Chinese Ministry of Defense demanded immediate withdrawal of US sanctions against the Equipment Development Department of the Central Military Commission of the People's Republic of China, which purchased Su-35 fighters and S-400 anti-aircraft missiles from Russia. China called the sanctions against Russia “a flagrant breach of basic rules of international relations”.

“We demand that the US immediately correct the mistake and withdraw the so-called sanctions,” said the Ministry of Defense of the People’s Republic of China and threatened Washington with “consequences”.

The Chinese Ministry of Defense believes that the military cooperation between Russia and China is a normal process between two independent states and takes place within the framework of international law. “The US approach is a flagrant breach of basic rules of international relations, a stark show of hegemony, and a serious violation of relations between two countries,” the statement said.

The United States imposed sanctions against the Equipment Development Department of the Central Military Commission of China and its head Li Shangfu on September 20. The restrictions stipuate that the Chinese military organization will not be able to purchase American products and technologies. In addition, China will be deprived of the access to foreign exchange transactions under US jurisdiction.

We took these actions because China received 10 Sukhoi fighter aircraft, specifically Su-35s, in December of 2017 – of course, after the CAATSA statute came into force. And it also received a batch of S-400 surface-to-air missile systems in January of this year. Both these transactions, which I repeat occurred after the CAATSA sanctions statute came into force, were deals that were negotiated between the Equipment Development Department on the one hand, and Rosoboronexport, which is Russia’s main arms export entity. And it, Rosoboronexport, is on the List of Specified Persons,” said the US Treasury official.