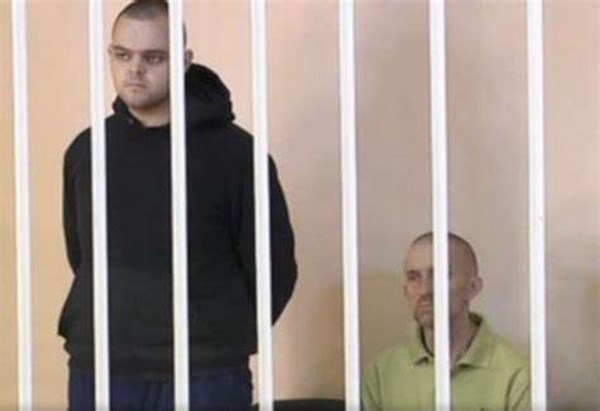 British citizens Aiden Aslin and Shaun Pinner, both of whom were captured by pro-Russian separatists last month in Mariupol, Ukraine, will appeal their death sentences, according to Russia state-owned TASS news agency.

On June 9th, Aslin, Pinner, and a Moroccan national, Saadun Brahim, were handed death sentences by a tribunal in the so-called Donetsk People’s Republic, which now controls the Ukrainian port city of Mariupol. The three were captured while defending the city.

The three foreigners, all of whom had officially enlisted in the Ukrainian military, were charged as working as foreign mercenaries. The self-proclaimed Donetsk People’s Republic was recognized by Moscow on the eve of Russia’s invasion of Ukraine. The tribunal is not internationally recognized.

Russia’s Defense Ministry has warned that foreign fighters would not be treated as soldiers entitled to the protections of the Geneva Conventions.

Russian media reported that the executions will be carried out by firing squad.

The sentenced were given 30 days to appeal the decision.

The British nationals’ attorney, Yulia Tserkovnikova, told TASS, “Currently, my colleagues and I are preparing the full text of the appeal against the verdict in the interests of our clients.”

On Tuesday, referring to two Americans captured by forces of the so-called Donetsk People’s Republic, Kremlin spokesman Dmitry Peskov reiterated the Kremlin line that Moscow does not control the judicial system in the separatist republic.

“We can’t rule anything out, because these are court decisions,” he said. “We don’t comment on them and have no right to interfere.”