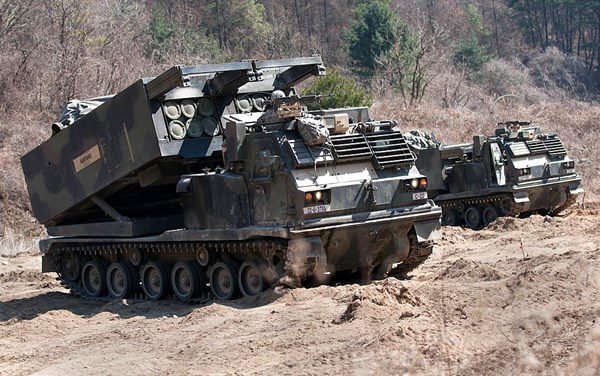 During the interview, Johnson said it was important “that we do not get lulled because of the incredible heroism of the Ukrainians in pushing the Russians back from the gates of Kyiv.”

Kyiv has repeatedly called on the West to provide MLRS, which can hit targets at a longer range than the weapons Ukraine currently has. The most common MLRS among NATO countries, the M270, can fire a barrage of rockets up to 100 miles.

Washington and London have been hesitant to provide such weapons systems to Kyiv, as they would potentially enable Ukrainian forces to strike targets inside Russia. It is thought that such actions could possibly escalate the war.

Officials in the Biden administration said Friday that the White House is leaning towards sending the systems as part of a larger package of military assistance to Ukraine.

According to Johnson, the MLRS would allow Ukrainian troops “to defend themselves against this very brutal Russian artillery, and that’s where the world needs to go down.”

“The guy’s completely not to be trusted. How can you deal with a crocodile when it’s in the middle of eating your left leg?” Johnson said.