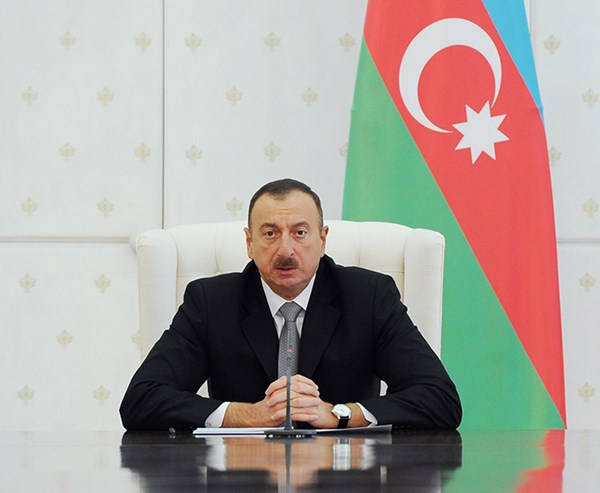 Azerbaijani President Ilham Aliyev said that representatives of the Russian Defense Ministry promised to ensure the withdrawal of the Armenian military from Nagorno-Karabakh until June, but this agreement has not yet been fulfilled.

He also added that for 1 year and 8 months that have passed since the second Nagorno-Karabakh war, there are very few positive moments in the normalization of Armenian-Azerbaijani relations.

"Unfortunately, there are more negative aspects. One of them is that Armenia is evading the obligations stipulated in the declaration of November 10, 2020. Armenia, as a country that lost the war and signed the surrender act, which is the above-mentioned declaration, has assumed certain obligations. These commitments are clearly and explicitly stated in the document. One of them is the withdrawal of the Armenian armed forces from Karabakh. But this has not been done yet. Armenia is dragging its feet," Aliyev stressed.

He added that Azerbaijan raised this issue with the military leadership of the Russian Federation. A "high-level official of the Russian Defense Ministry" promised that the Armenian military would withdraw from Nagorno-Karabakh by June.

"Armenia does not fulfill its obligation. Russian peacekeepers... they are not obliged to do so. Of course, this is unacceptable. We are a victorious country. We have restored our territorial integrity. If Armenia does not want to withdraw its troops from the territory of Azerbaijan, then let it say it frankly, we will know what to do in this case," he stressed.

Aliyev did not specify what steps Azerbaijan would take, adding that "it is inappropriate to talk about it now."

In 2020, the two-month war in Nagorno-Karabakh claimed the lives of more than 6.6 thousand people.

The war ended with the signing of a ceasefire agreement brokered by Russia, and Russian troops were deployed on the demarcation line.

On March 27, it was reported that the Azerbaijani Defense Ministry appealed to the Russian Federation with a demand to ensure the withdrawal of Armenian troops from the territory of Nagorno-Karabakh.

On May 3, opposition protests were held in Yerevan demanding the resignation of Prime Minister Nikol Pashinyan and accusing of making concessions to Azerbaijan on the Nagorno-Karabakh settlement.