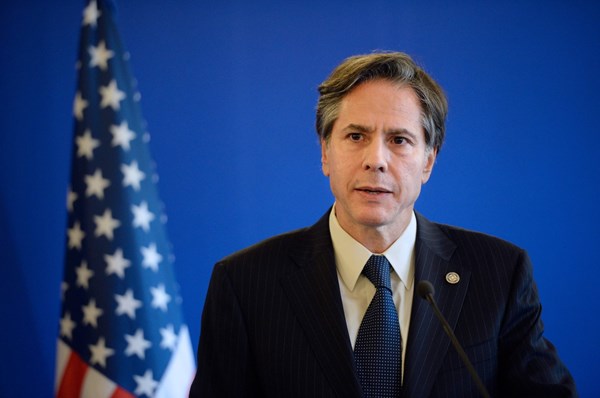 At a closed-door session at a meeting Friday at the G20 summit in Bali, US Secretary of State Antony Blinken condemned Russia for blocking Ukrainian grain exports amid rising global food prices.

The G20 meeting is the first time top US and Russian diplomats have been in the same room since Russia invaded Ukraine in February.

“To our Russian colleagues: Ukraine is not your country. Its grain is not your grain. Why are you blocking the ports? You should let the grain out,” Blinken said.

Ukraine is the word’s fourth-largest grain exporter, but its shipments have decreased dramatically as Russia has blocked its Black Sea ports.

Russian Foreign Minister Sergei Lavrov was not in the room when Blinken made the remarks, as he had walked out of both plenary sessions as soon as Western representatives began to speak. However, Lavrov accused the West of “rabid Russophobia, which they turn to instead of finding much-needed common ground on key issues on the global economy and finances, for which the G-20 was created.”

Blinken and other Western diplomats refused to be photographed with Lavrov during the traditional group photo that ends the G20 conference.