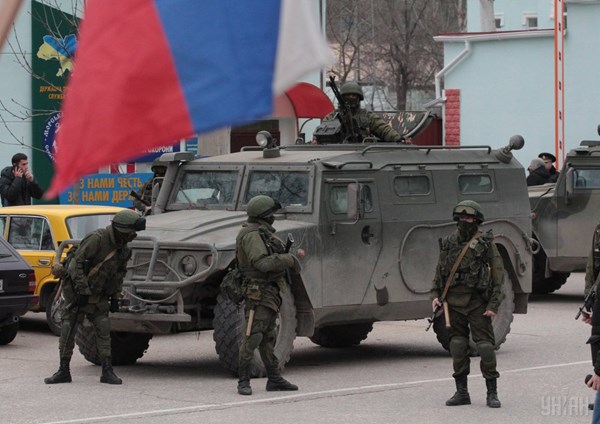 On March 18, a documentary will be filmed about the events of February-March 2014 in annexed Sevastopol near the polling stations for the "election" of the Russian president.

Russia's Interfax news agency reports, referring to the press service of the government of Sevastopol, that the film "Chronicle of the Russian Spring" based on recollections by Sevastopol residents will be shot using 135 cameras by young volunteer camera operators."

"The filming will take place at special venues near the polling stations of the city where citizens can share their memories with the camera," the report says. Technical support for the project will be provided by the authorities of Sevastopol.

The beginning of the Russian annexation of the Crimea was made into a movie called "Crimea: Path to the Motherland.” Its author, Russian TV host Andrey Kondrashov became press secretary of the election headquarters of Vladimir Putin.

"Crimea: Path to the Motherland" tells about the annexation of the Crimea, the justification for these events and the start of the war in the Donbas. In the film, Putin openly admitted that the "green men" who captured the Crimea were Russian military.

On March 18, Russian President Vladimir Putin plans to vote in the Crimea. The Ministry of Foreign Affairs of Ukraine promised to respond with all seriousness to the holding of the presidential elections of the Russian Federation in annexed Crimea.

Representatives of All-Ukrainian Union Svoboda, Right Sector and National Corps said they intend to block Russian diplomatic institutions on the territory of Ukraine on the day of the presidential election.