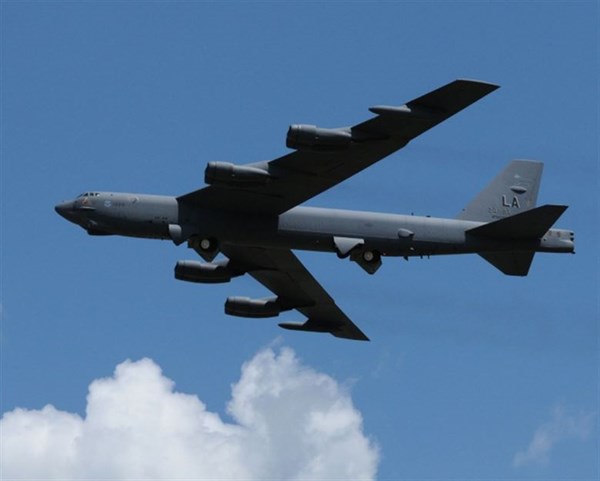 The aircraft with serial number 61-0015 with the tail number Chaos43 departed from Fairford airbase in Britain and close to Russian borders, including the island of Alexandra Land, where the new Russian military base Arctic Shamrock is located.

The bomber was above the international waters of the Arctic Ocean and did not violate the border during the flight. The aircraft was also refueled by a US Air Force KC-135. The B-52 bomber has been in service with the US Air Force since 1955 and can carry nuclear weapons.

Interfax states that, over the last week, fifteen foreign aircraft were detected near the Russian borders. The fighters of the Russian Aerospace Forces scrambled to intercept the foreign warplanes five times. According to Interfax, by the end of August, 22 foreign warplanes were detected near Russian borders. Russian fighters intercepted 9 of them.