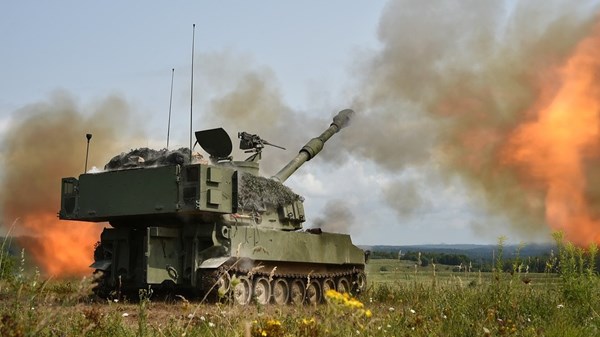 The German government may approve a contract for the supply of 100 self-propelled howitzers Panzerhaubitze 2000 to Ukraine, said Ukrainian Ambassador to Germany Andriy Melnyk in an interview with Ukrinform.

"I expect a "green light" from Berlin for the purchase of 100 new Panzerhaubitze 2000 self-propelled howitzers. We have already received the corresponding proposal from the German industry," Melnyk said.

According to him, in the short term, Germany could supply Ukraine with older models of heavy weapons such as 100 Marder infantry fighting vehicles and 88 Leopard-1 tanks, but this shipment is being "unreasonably blocked."

Earlier this week, it was reported that the Ukrainian Armed Forces received 12 Panzerhaubitze 2000 self-propelled howitzers from Germany and the Netherlands. All Ukrainian military who learned to use this equipment have already returned to Ukraine.

Panzerhaubitze 2000 was developed by Krauss-Maffei Wegmann in 1998. Its firing range is 30-50 kilometers. The self-propelled gun is capable of firing three projectiles in nine seconds or ten in 56 seconds at a range of up to 30 kilometers.