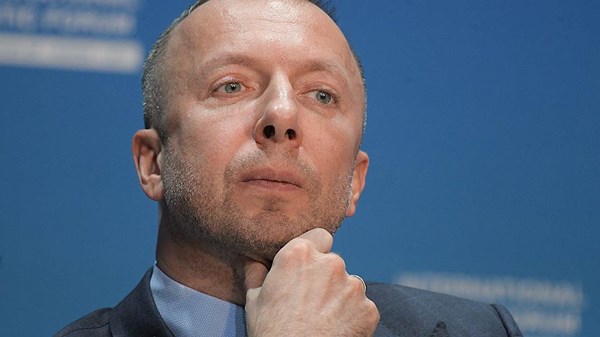 Russian billionaire Dmitry Bosov committed suicide on the night of May 6, reported RBC news agency,citing friends of the deceased. The motives of the suicide have not been determined.

According to law enforcement agencies, on Wednesday night, the police responded to a call about a suicide in the suburban village of Usovo, where the businessman lived.

According to preliminary information, the body of a 52-year-old man with a gunshot wound to the head was found by relatives. A Glock 19 gen 4 pistol was found near the body. The suicide note was not found, the newspaper Kommersant reports.

Investigators are working to determine the circumstances of the incident.

Dmitry Bosov is the largest shareholder and head of the board of directors of the ALLTEC Group, which controls the company Sibanthracite, the world leader in the production and export of anthracite, Russia's largest producer of metallurgical coal and the general sponsor of the "Night Hockey League", which was created for amateur hockey players at the initiative of Russian President Vladimir Putin.

In addition to Sibanthracite, Bosov owns Vostokugol. In April 2018, a criminal case was opened against the management of the Arctic mining company, also owned by Bosov, because of illegal mining and sale of the coal mined in the Taymyr Peninsula. In early May of this year, a scandal erupted around the billionaire related to his investments in the American cannabis market.

In 2020, Forbes magazine estimated the businessman's fortune at 1.1 billion (86th place in the list of the richest people in Russia).