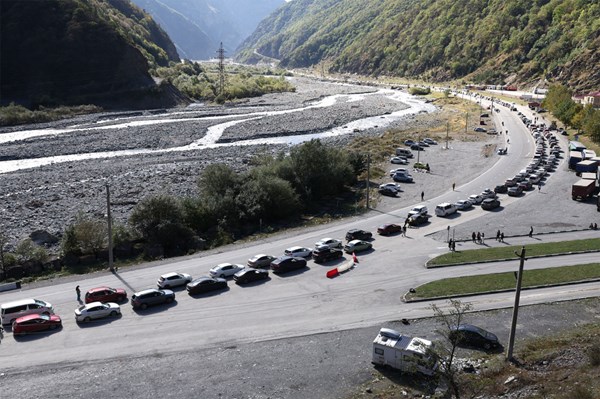 According to Forbes, it is not possible to estimate how many left the Russian Federation for tourist purposes.

At the same time, another interlocutor familiar with the Kremlin's estimates said that almost 1 million people had left Russia since the beginning of the mobilization.

Immediately after the mobilization was announced on September 21, queues appeared at Russian border crossings. The busiest is at the Upper Lars border crossing on the border with Georgia, where people stood in line for 4-5 days, often without food and water.

Until now, there have been various estimates of the number of Russians who left. On October 4, the Minister of Internal Affairs of Kazakhstan, Marat Akhmetzhanov, said that since September 21, 200,000 Russian citizens have entered the country, 147,000 Russians have left the country during the same period.

At the end of September, Moldovan authorities announced the tightening of control at the border in connection with the expected increase in visitors from Russia.