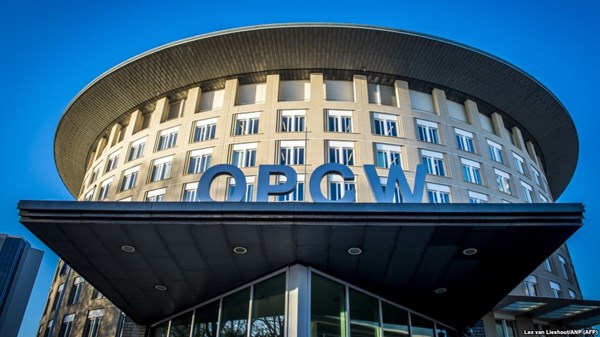 Russia may withdraw from the Organization for the Prohibition of Chemical Weapons (OPCW), said Russian Permanent Representative to the UN Vasily Nebenzya, RIA Novosti reports.

Established in the late 1990s under the Chemical Weapons Convention, the OPCW, according to a Russian diplomat, is "losing credibility" and becoming "a place for rubber stamping decisions on undesirable regimes."

Earlier, the OPCW confirmed the poisoning with Novichok nerve agent of Sergei Skripal and his daughter in 2018, and in 2020 - the use of a similar combat agent to assassinate Alexei Navalny. The OPCW also accused the Syrian authorities of the chemical attack in the city of Duma in April 2018.

The Kremlin denied its involvement in Skripals’ and Navalny’s poisoning and call the use of chemical weapons in Syria "fake".

These incidents, Nebenzya said, show that "verdicts without evidence" have become normal practice for the OPCW.

In June 2018, the organization gained the right to name those responsible for chemical attacks after the British proposal to expand the mandate of the OPCW was adopted at a Special Session of the Conference of the States Parties to the Chemical Weapons Convention.

Despite opposition from Russia, Syria and Iran, 82 countries supported the resolution. Twenty-four votes were cast against the decision.

"We are not saying that the OPCW itself is not needed or important. It is an essential tool to prevent the production and use of chemical weapons. And it has done a lot in this area, it has won the Nobel Prize," Nebenzya recalled.

And yet, Russia "may think about leaving the organization if it "completely loses credibility," he added.