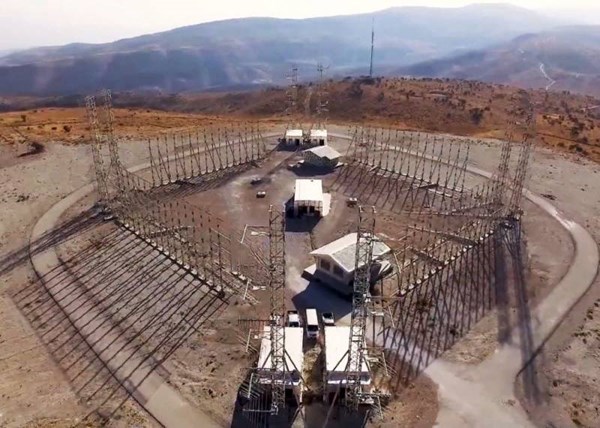 Reports are being circulated on social networks that a Russia-produced Rezonans-NE 3D radar system has been sighted in Egypt. It was previously stated in official reports that, outside of Russia, such systems only existed in one country – Iran (the Ghadi radar).

Information about the Rezonans-NE (export variation of the Rezonans-NE) was tweeted by the Algerian blogger KAD-GHANI, who even specified the exact coordinates of the system: 28°42’28.45 N 32°23’6.40 E (Ras Ghareb, Red Sea, Egypt).

The very high frequency (VHF) radar system is capable of detecting and identifying various flying objects at great distances. The Rezonans-N (NE) can detect a fighter-like target at an altitude of up to 10,000 m and a distance of up to 350 km. According to other sources, the range is in excess of 400 km. The maximum detection range is 1,100 km. The system can simultaneously track up to 500 targets, including stealth targets. The Rezonans-NE’s resolution enables it to detect virtually any airborne targets, including cruise missiles.

Taking into account the coordinates of the Rezonans-NE in Egypt, the system must be able to monitor vast areas. For example, Israel falls completely within its surveillance range. However, the Israeli Air Force has “invisible” US produced F-35 fighters. The radar in Egypt can also monitor parts of Saudi Arabia, Jordan, Lebanon, Syria, southern Turkey, and parts of Libya and other countries in the region.

The Algerian blogger notes that the Rezonans-NE system in Egypt is active.