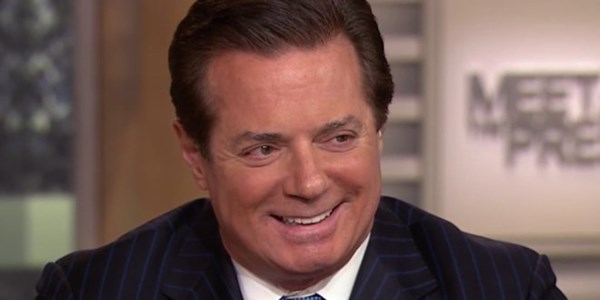 The Specialized Anti-Corruption Prosecutor's Office has no grounds for declaring suspicion on any of the persons named in the incident regarding illegal cash payments from the Party of Regions’ shadow fund to an American political consultant Paul Manafort, said the head prosecutor Nazar Holodnitsky in an interview with ZN.ua political weekly.

According to him, the investigation on the episode of Manafort’s illegal receipt of funds from the Party of Regions has not made any headway in the last three months. Moreover, experts could not establish the identity of the person who used to put his signature in the party’s stock book for money allegedly obtained for Manafort.

"All of the signatures are more or less the same, but who actually signed them is unknown. They are just signatures, just some unknown person’s flourishes. As of today, there are no grounds for declaring suspicion, especially on Manafort,” Holodnitsky said.

At the same time, the head of the Prosecutor’s Office drew attention to the fact that Manafort has no actual signatures in the documents of PR’s black accounting.

"Please note that there is only the name "Manafort" in the stock book. And there is not a single signature of his. Tomorrow such sort of scans for three million dollars may appear, for example, on Valentina Samar [ZN.ua reporter]. Just fancy that. Or maybe, on Holodnitsky, or Sytnyk, why not? There is much to gain from such scans today," he stressed.

Earlier, the news agency, citing its sources, reported that detectives from the National Anti-Corruption Bureau of Ukraine had obtained additional evidence on the illegal payments from the PR’s "black till" to Paul Manafort, who previously had worked with former Ukrainian President Viktor Yanukovych and recently was busy with the election campaign of the newly elected U.S. President Donald Trump.

According to current information, on May 31, MP Serhiy Leshchenko released information indicating the allocation of large sums by the Party of Regions for the activity of the Our Ukraine Party and the Communist Party, as well as for the work of the Central Election Commission in 2012.

American lobbyist and political consultant Paul Manafort also was in those documents, and due to the very same scandal with the "black accounting” he was forced to leave Trump’s campaign headquarters.

NABU has confirmed that the name Manafort was included in the records of the Party of Region’s "black accounts,” which indicated that he had received 12.7 million dollars. The matter is currently under investigation.

Earlier, Newsweek reported that Russian President Vladimir Putin had held a secret meeting with Yanukovych in connection with the disclosure of information about Manafort’s obtaining almost $13 million from the "black cash" of the Party of Regions.