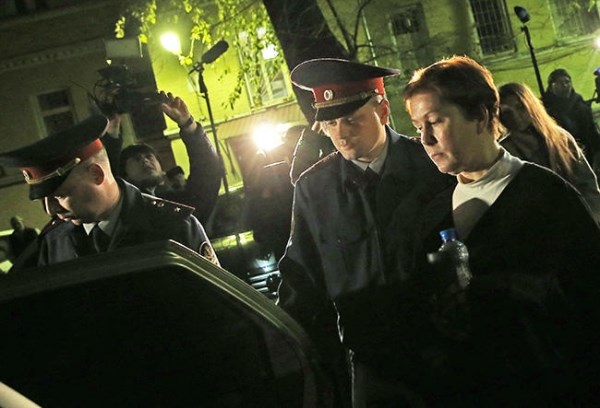 On the 5th of April, investigators intend to present evidence and charge the Director of the Library of Ukrainian Literature, Natalia Sharina, with embezzlement, as stated by her lawyer, Ivan Pavlov, TASS reported.

"On April 5th we are required to appear before the Investigative Committee for the indictment," he said.

Earlier, the media had been reporting about new criminal charges against Sharina; however, according to her lawyers, nobody notified them about this new case until now. "We do not know anything about the new criminal case. We have not been officially notified yet," Sharina’s lawyer, Evgen Smirnov, reported to TASS. Smirnov added that he learned from his sources about the possibilities of a new indictment charging Sharina with embezzlement.

Currently, Sharina is charged under Article 282 of the Criminal Code - "inciting national hatred and enmity." She was placed under house arrest on the 30th of October, 2015. According to investigators, from 2011 - 2015 Sharina was in violation of the law, "On counteracting the extremist activity," by distributing a book by Dmitry Korchinsky to the visitors of the library. The court recognized this book as extremist material and prohibited its use. The War in the Crowd, published in 1999 by the publishing house Amadei in Kiev, was recognized as extremist by the Meschanskyi court of Moscow on the 14th of March, 2013 and was included in the register of the Ministry of Justice of Russia.