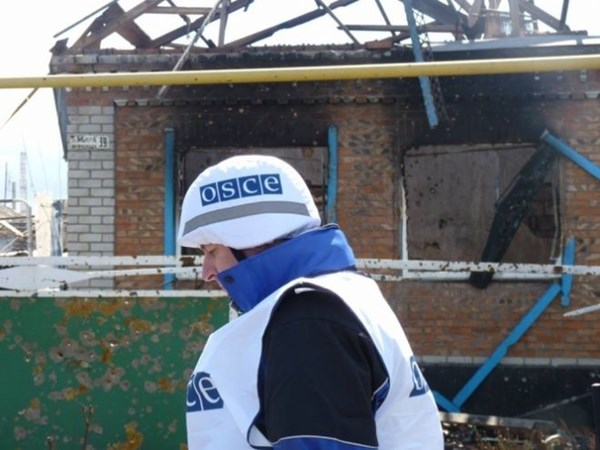 The Special Monitoring Mission (SMM) of the OSCE said that armed members of the so-called Donetsk People’s Republic did not allow observers to go past the main street of the village of Kominternove during the mission’s investigation on Thursday.

The SMM had been trying to reach the village for two days to follow-up on reports that DPR militants had occupied the village. The mission had not been able to investigate due to security concerns, and was denied access by armed DPR militants at a checkpoint 4 kilometers northeast of Kominternove on Wednesday.

Upon being granted access to the village on Thursday, “the escorting 'DPR' members did not allow the SMM to go beyond the main street of the village, citing possible sniper fire. While on the main street, the SMM saw multiple fresh caterpillar tracks, consistent with infantry fighting vehicles and tanks,” the OSCE’s report stated.

Aside from the militants who escorted the SMM members, the mission did not observe any armed individuals or weaponry on the main street, nor did they witness any ceasefire violations.

Reports had suggested that the DPR had five tanks and four 120mm howitzers (both of which are violations of the Minsk II Agreement), as well as 100-150 militants in the village. Five residents of Kominternove told the OSCE members that the occupants had left the village early in the morning on Thursday.

The ATO confirmed these reports, stating that the pro-Russian separatists withdrew all equipment, heavy weapons, and troops from Kominternove.