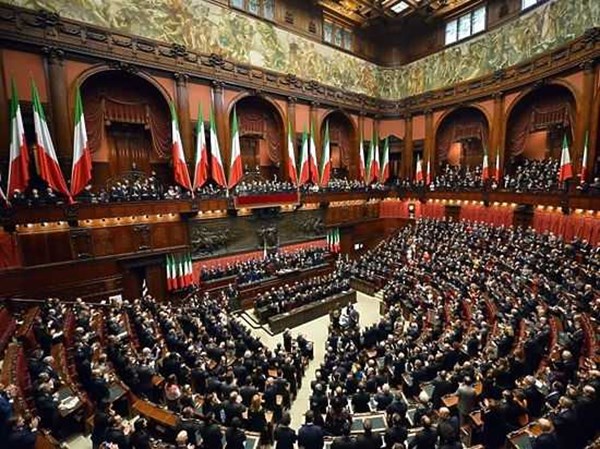 The Italian Parliament did not support a resolution calling to lift sanctions against Russia. The Ukrainian Ambassador to Italy, Yevhen Perelygin, reported this on his Facebook page.

“Another attempt made by certain parties to adopt a resolution to lift the sanctions against Russia has failed in the Italian parliament. The members of the Chamber of Deputies did not support the draft resolution of the opposition political forces of the Five Star Movement, which called on the Government of Italy ‘to immediately lift sanctions against Russia’,” Perelygin said.

According to him, the Chamber of Deputies of Italy had instead adopted a document on the 3rd of August that calls for the full implementation of the Minsk Agreements with a goal to ensure the stability of Ukraine.

“The Italian Parliament, in its resolution called ‘Directions of the European and Italian foreign policy in the context of recent events in the world’, recommends that the Government takes steps to ensure the implementation of the Minsk Agreements. This should become the main prerequisite for the possible restoration of normal economic relations between Italy and Russia,” he added.

This resolution was supported by members of the Democratic Party, the New Centre-Right, as well as by individual members from different groups.

On the 1st of July, the EU extended economic sanctions against Russia until the 31st of January 2017. This decision was made because the Minsk Agreements, with regard to Ukraine, were not fully implemented until the 31st of December 2015.

On that same day, the US imposed new sanctions against Russia. Restrictions were applied to Russian companies that cooperate with Iran, North Korea and Syria.