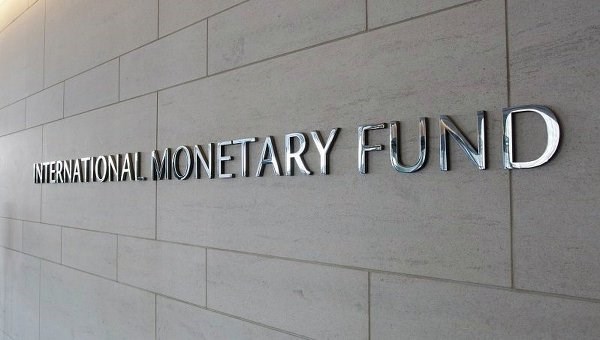 According to Apostrophe, a source in the Ukrainian Government stated that the International Monetary Fund, which is the key creditor of Kiev, has delayed the next installment within its loan program, which Ukraine is expecting to arrive this month.

The President of Ukraine, Petro Poroshenko, the Minister of Finance, Natalie Jaresko, and the Chairwoman of the National Bank of Ukraine, Valeriya Hontaryeva, have discussed the economic situation in the country and the provision of the next loan installment with the Managing Director of the International Monetary Fund, Christine Lagarde.

In late January, Jaresko stated that the third instalment of the IMF loan, amounting to $1.7 billion, will be used to replenish foreign currency reserves and will have a beneficial effect on the financial situation in the country.

Jaresko expressed her hope that the final version of a new Memorandum of Cooperation with IMF will be agreed on in the near future.  After the next meeting of the Board of Directors of the Fund, a decision will be made concerning the provision of the next installment in the amount of $1.7 billion.

“It is difficult to forecast when the IMF’s decision on the next installment will be made. There is no reason to expect it in the near future as was stated by high-level representatives of the Ukrainian Government,” the Apostrophe correspondent stated.

The four-year financial assistance program was approved by the Board of Directors of the International Monetary Fund on the 11th of March, 2015. The program included a provision of $17.5 billion by the IMF and international creditors for four years, a total of $40 billion. The first installment for the amount of $5 billion will be provided in March and the second one for $1.7 billion in August.

Kiev expects the third installment to be worth an additional $1.7 billion.