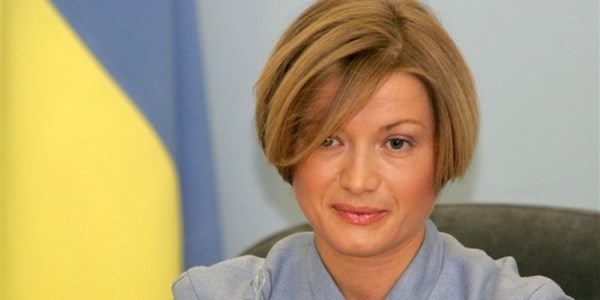 Any attempt to postpone the EU visa-free regime for Ukraine will be an example of double standards. This was posted by the First Deputy Chairman of the Ukrainian Verkhovna Rada, Iryna Herashchenko, on her Facebook page.

According to her, certain German and French officials have said that a visa-free regime is not yet relevant and that it is necessary to wait months for it to be so. She has said that these statements reminded her of events in 2008 when Germany and France blocked Ukraine from obtaining a Membership Action Plan with NATO.

“That was the greatest possible mistake. It would be sensible that Ukraine and the EU learn from that mistake,” Herashchenko said.

“Any attempt to delay the visa-free regime will be a demonstration of double standards towards Ukraine. The country’s citizens definitely do not deserve this,” she continued.

According to previous reports, the European Commission, despite skeptical statements by some EU-member states, hope that Ukraine will receive a visa-free regime soon.

Ukraine’s Ambassador to the EU previously said that some EU-member states want to coordinate the resolution of Ukraine’s visa-free regime situation with more global issues such as the total suspension of visa-free regimes.

In an interview with Evropeyskaya Pravda, he stated that the EU has confirmed that the delay on the decision on Ukraine’s visa-free regime is being discussed in Brussels.

On Friday evening, representatives from several EU-member states made comments with regard to this issue. The Minister of Internal Affairs of France has said that a visa-free regime for Ukraine cannot be implemented in the coming months.