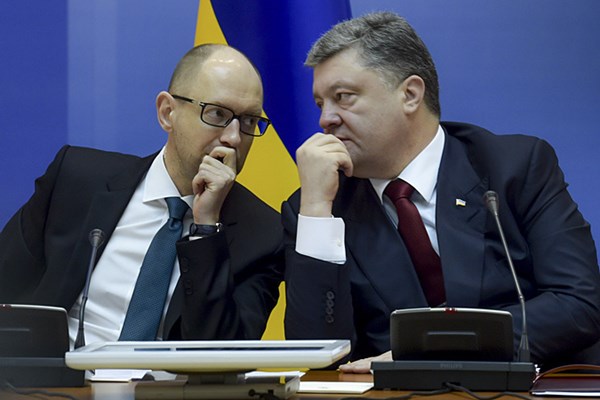 Disagreements have emerged between the President of Ukraine, Petro Poroshenko, and the Cabinet of Ministers, headed by Arseniy Yatseniuk, over the International Monetary Fund (IMF) loan, as reported by Apostrophe, citing a source in diplomatic circles.

The final version of the Memorandum, which outlines the obligations of both the IMF and Ukraine, is not yet ready. After the adoption of the budget for 2016 and changes in the tax code, the IMF received a proposal from the Cabinet of Ministers to amend the document. However, the Presidential Administration offered its own version of requested changes which are significantly different from the Cabinet's. The differences regard the issues of the progress of pension reforms, state bank reforms, and the Prosecutor’s work on anticorruption, privatization and tax reform.

According to Apostrophe, the Presidential Administration’s proposal is viewed positively at the IMF and is being advocated for by the head of the Parliamentary Committee on Tax and Custom Policy, Nina Yuzhanina; although she is does not directly take part in the negotiation process for the fund. She is on vacation leave at this time; however, her meetings with IMF authorities have been organized by the Ukrainian Embassy in the US, as reported to Apostrophe by a source in diplomatic circles. "Someone who has been pushing the negotiation process with the IMF for six months goes to Washington, and the Embassy organizes a meeting for her with the fund’s management. Actually, the situation is quite strange. Usually, the Embassy is not responsible for organizing meetings for deputies who are on leave," noted the representative.

As of the 3rd of February, some changes to the Memorandum suggested by the Presidential Administration have been approved by the IMF; however, there is no final version of the draft yet. "We have not received the President’s approval for this Memorandum to be signed yet. This document must be signed by the Ukrainian President, the Prime Minister, the head of the National Bank and the Minister of Finance," the representative explained to Apostrophe.