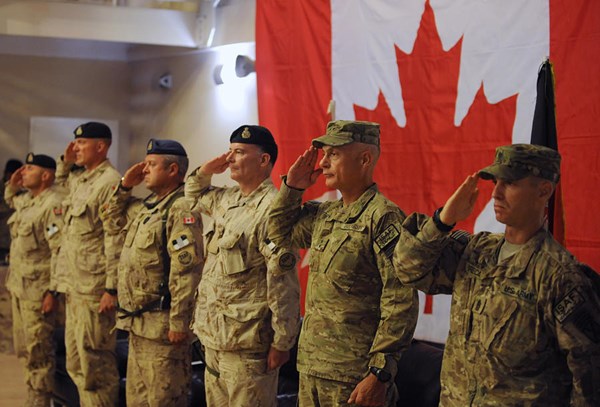 Canada has decided to extend its Unifier training mission for the Ukrainian military until 2019. The Ambassador of Ukraine in Canada, Andriy Shevchenko, announced the decision on Twitter.

"Yes! Canada has announced the extension of the Unifier military training mission. Two years (until March 2019), about 200 military personnel," he wrote.

According to Shevchenko, the priorities of the Unifier mission will be the training of small units, demining operations, military police, medical training and logistics.

"This is a signal of solidarity with Ukraine, a message about containing Russia and evidence of Canada's leadership in solving global problems," the ambassador said.

As was reported, about 200 military instructors from Canada will replace their colleagues at the Yavorovsky training ground (located in the Lviv region) to continue the training course for Ukrainian servicemen in the framework of the Unifier training operation.

This is not the first rotation of the military instructors of the Armed Forces of Canada within the framework of the Unifier training operation. In August 2015, 200 servicemen of the 2nd Canadian Mechanized Brigade of the Armed Forces of Canada were deployed at the Yavorovsky Range. In January 2016, they were replaced by 200 soldiers of the 5th Canadian Mechanized Brigade, based in Valcartier, Quebec.

Canadian trainers teach the Ukrainian soldiers skills; in particular, the treatment of wounded fighters and the neutralization of improvised explosive devices. Flight safety training, English language training and modernization of the logistics system are also part of the mission.

Russia protested the decision of Canada to extend the training mission in Ukraine.

The Russian Embassy in Canada considers the decision of the country to extend the military mission in Ukraine "counterproductive." This was stated in the official comments of the department, published on Twitter.

"The decision of the Government of Canada to extend the military mission in Ukraine is counterproductive and does not contribute to the internal political process, including direct dialogue between Kyiv and the Donbas, that is prescribed by the Minsk agreements," the Russian embassy said in the statement.