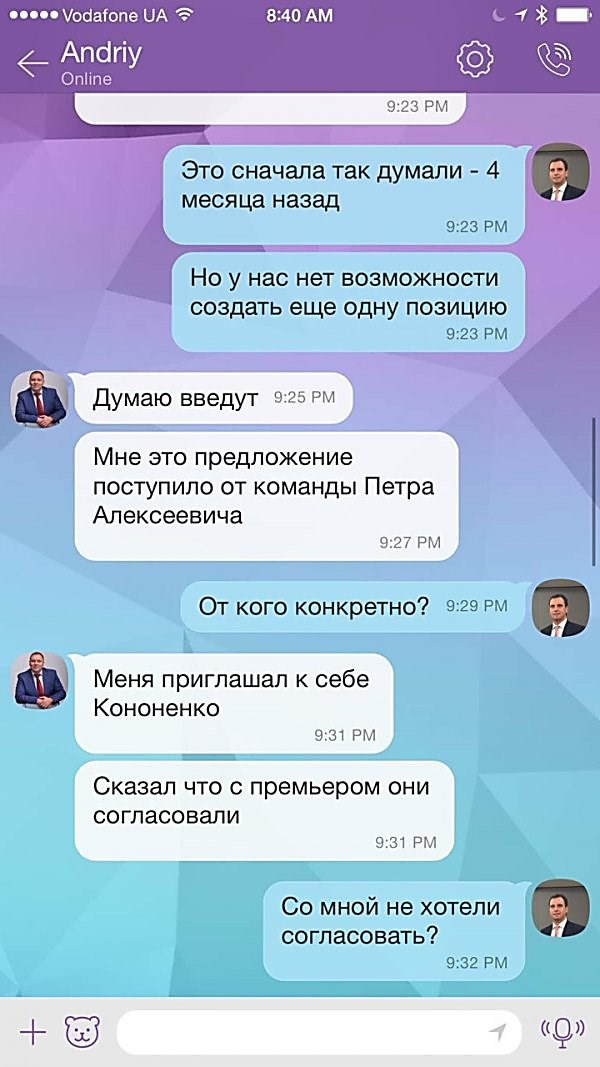 Aivaras Abromavičius, who had earlier resigned from his post as the Minister of Economic Development and Trade of Ukraine, stated that Andrey Pasishnik wanted to become his Deputy in order to control Naftogaz Ukrainy and other state-owned enterprises with the consent of the Presidential Administration. Abromavičius stated this publicly for the first time on the air of a Ukrainian TV Channel.

The Minister of Economic Development and Trade of Ukraine refused to give the name of the person from the Presidential Administration who called him on the air. According to him, the actions of this person were the final cause that led to his resignation.

Abromavičius noted that he can’t fight corruption on his own. Andrey Pasishnik is an associate of Igor Kononenko, who is a People’s Deputy and business partner of the President of Ukraine, Petro Poroshenko, Aivaras Abromavičius said.

“Mr. Pasishnik came-I mean his guard brought his paperwork applying for the job to the reception desk. Though I told him that I’m not going to do any staff appointments until the new composition of the Cabinet of Ministers is known, he let me know via text message (screenshots are saved) that his candidature was approved by a higher authority. I asked him who accepted him on his team; he stated it was Igor Kononenko. After that, I got a call from the Presidential Administration and I was told that this candidature should be submitted for appointment on Wednesday. Then, I asked them to remove me from this post,” Abromavičius said.

Andrey Pasishnik is the Executive Director of NJSC Naftogaz of Ukraine and is close to the Parliamentary Group, People’s Will. He indicated that he submitted his candidacy for the post of the Deputy of the Minister of Economic Development after Serhiy Leshchenko, a Member of Parliament with the Petro Poroshenko Bloc, requested he do so a few days prior.

As Apostrophe previously reported, Abromavičius indicated that Gennady Chekita, People’s Deputy from the Petro Poroshenko Bloc faction, is lobbying his staff at internal meetings at the Ministry.