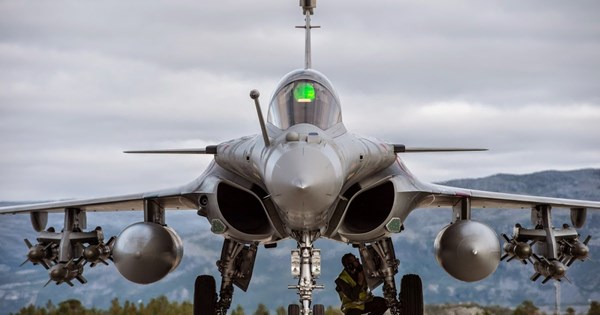 During his visit to Kyiv, French President Emmanuel Macron plans to propose to the Ukrainian government a sale contract for French Dassault Rafale fighter jets, reports the French newspaper Opex360.

According to media reports, France is interested to offer Rafale fighters as a preplacement for ageing Soviet MiG-29 aircraft, which is in service with the Ukrainian Armed Forces.

"The French president believes in Rafale's chances of winning this former stronghold of Russian industry. Paris has an advantage: a commercial system capable of supporting such a contract already exists," the newspaper writes.

It is noted that the French manufacturer "can count" on Ukrainian Interior Minister Arsen Avakov, as during his tenure as the Interior Minister, Kyiv purchased 55 Airbus helicopters and OCEA-class patrol boats.

France can fulfill up to 85% of Ukraine’s demand for fighter jets.

The modernization of the Air Force has been at the forefront of the government’s discussion in Ukraine. In March 2021, the leadership of the Ukrainian Air Force presented to the parliament a plan to retool its air fleet with American fighter jets.