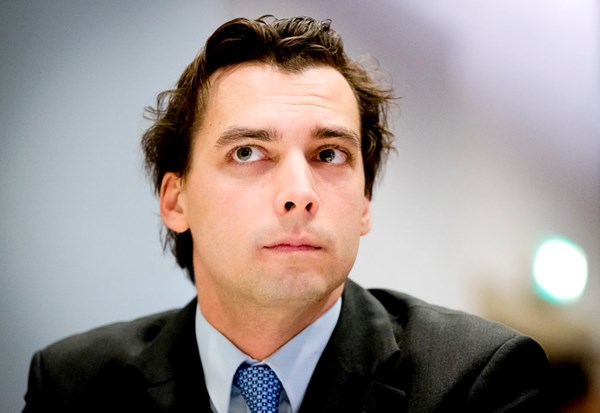 Thierry Baudet, the leader of the Dutch far-right Forum for Democracy party, which initiated the referendum on the signing of the Association Agreement with Ukraine, admitted to contacts with Russia.

In messages sent four years ago, Baudet speaks about his contacts with Vladimir Kornilov, whom Baudet himself described as a "Russian who works for Putin" as well as a "very influential figure."

After Baudet told Dutch media that Ukraine was sending agents to intervene in the referendum vote, colleagues at the Forum for Democracy asked him about the evidence.

"The information comes from Kornilov," Baudet answered to those questions.

Baudet also hinted at financial assistance from Kornilov. When his organization was short of money, Baudet wrote to his colleagues: "Maybe Kornilov will pay?". This and other similar messages were accompanied by emoticons.

Baudet called his 2016 messages “ironic”. Kornilov himself responded to the allegations with a tweet “Guys, are you serious?". In an interview with the Russian web site Ukraine.Ru, Kornilov said that he "gave him [Baudet] some advice", so logically would take the payment from Baudet for it.

In Ukraine, Thierry Bode became famous in 2016, when being the head of his organization (then not yet a party) initiated a referendum on the association agreement between Ukraine and the European Union.

Dutch citizens voted against the ratification of the association agreement in 2016. The results of the vote were not binding. In the end, the Dutch government ratified the agreement, but added the position that the treaty does not guarantee Ukraine military assistance or future membership in the European Union.

Vladimir Kornilov is a former director of the Ukrainian branch of the Russian CIS Institute. He lived in Ukraine during the presidency of Yushchenko and Yanukovych. He positions himself as a political scientist and historian. In 2016, Kornilov visited the Netherlands, presented himself as a neutral expert, but opposed the ratification of the agreement between Ukraine and the EU.