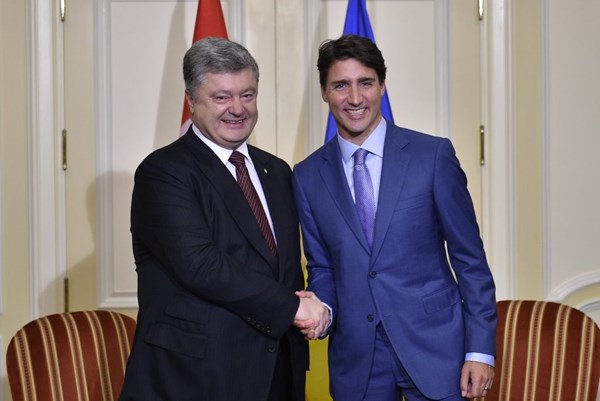 The Government of Canada is considering providing lethal weapons to Ukraine, as indicated by Canadian Prime Minister, Justin Trudeau, during a press conference in Toronto after a meeting with Ukrainian President Petro Poroshenko.

"We are very much looking at the mechanism [of adding Ukraine] to the AFCCL (Automatic Firearms Country Control List), which is the list of countries able to receive exported Canadian automatic weapons. This is something that we are moving forward on. There is a process in place and a series of criteria that have to be reached [to be included in the list] but it is something we’re working on," he said.

Trudeau also noted that "Canada will continue to defend Ukrainian sovereignty." He recalled that last year his country increased the number of its staff assigned to the special monitoring mission of the Organization for Security and Cooperation in Europe to help implement the Minsk Agreements and expanded the police mission aimed at carrying out police reforms in Ukraine with the help of Canadian experts.

In addition, the head of the Canadian government informed the press that Ottawa had extended its military training mission in Ukraine until March 2019. Since 2015, 200 military specialists have been deployed there as part of the BC Unifier Operation. They are engaged in the training of soldiers and officers of the Ukrainian Armed Forces at the Yavoriv training ground in the Lviv region.