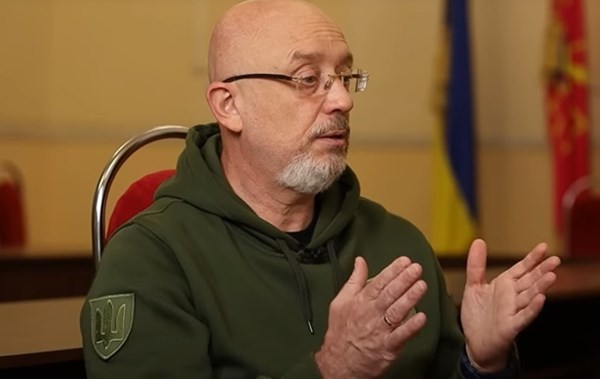 The Ukrainian Defense Minister, Oleksiy Reznikov, said that the balance of power at the front has changed in favor of the Ukrainian Armed Forces. Russia is doomed to be defeated in this war. However, he warned that a difficult period awaits Ukrainians ahead.

"The enemy is resorting to terror to trigger a humanitarian crisis. But the balance has already changed. Russia is doomed to lose. Ukraine will win. We are working to ensure that the world perceives the Ukrainian vision of victory, and that it comes as soon as possible," Reznikov said on his Facebook page.

The Minister named the factors that are especially important at this stage of the war: the economy, logistics, the quality of support for troops and the ability to advance even during the active phase of hostilities.

"The Ministry of Defense not only met the current needs of the Ukrainian Armed Forces but also formed and for a couple of months maintains a reserve for the army, which includes more than 200 thousand body sets armor and more than 100 thousand helmets," Reznikov added, reporting on the situation as of November 17.

The Minister noted that Ukraine is improving its logistics.

"We are improving logistics, including through the implementation of the NATO LOGFAS (Logistics Functional Area Services) program. We explain in detail the logic behind our actions to partners and build a system of support projects not for a medium and long time. This attracts the economic potential of the free world in the interests of Ukraine," Reznikov added.

In late October, the head of the Ukrainian Main Intelligence Directorate, Kirill Budanov, said that the war should end by next summer. He also promised significant victories of the Ukrainian Armed Forces before winter. This forecast of his, like many others, has already come true. The Ukrainian military liberated Kherson.

Subsequently, Ukrainian President Volodymyr Zelensky commented on Budanov's statement about the end of the war. He noted that the intelligence has its own data, but no one can provide the final deadlines.