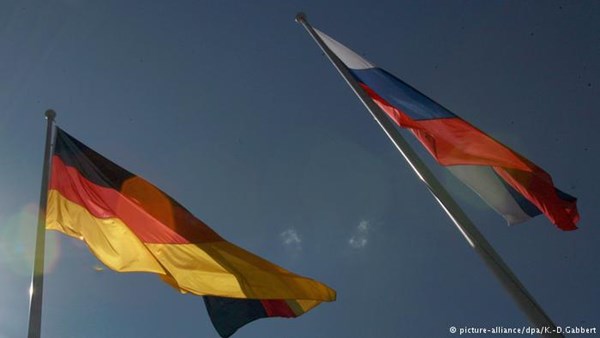 Leading representatives of the Christian Democratic Union (CDU) of German Chancellor Angela Merkel called for new sanctions against Russia due to its support for the regime in Damascus. Moscow is responsible for a new escalation of the refugee situation in Syria and Turkey, said German Defense Minister Annegret Kramp-Karrenbauer and Chairman of the Bundestag Foreign Affairs Committee Norbert Röttgen in an interview with Frankfurter Allgemeine Sonntagszeitung (FAS) published on Sunday, March 1.

The EU and the US must jointly increase pressure on Syrian and Russian Presidents Bashar al-Assad and Vladimir Putin "to open the way for political negotiations in order to end the terrible war in Syria," said Kramp-Karrenbauer, who chairs the CDU but is leaving this post in the near future. She stressed that the humanitarian situation in Syria is a concern for the entire world community.

For his part, Röttgen, who is one of the contenders for the CDU presidency, called on the West to consider imposing new sanctions against Russia. "Until now, Putin has not had to pay anything for his war of conquest on Assad's side," he told FAS. Therefore, according to the German politician, the Russian president had "no reason to reckon with any friendly appeals of European foreign ministers."

According to Röttgen, the West should encourage Russia to negotiate using the "threat of economic sanctions". "We must give a clear signal that we are ready for a tough diplomatic and economic game," he said, adding that if such an initiative comes from both Germany and France, it will have a proper impact on Putin.

Röttgen also urged the EU to refrain from a harsh reaction to Turkish President Recep Tayyip Erdogan's decision not to stop refugees at the EU border. His statement was expressed in an "extremely threatening manner" but is in fact a "cry for help" to the EU, the MP believes. "We should understand this in this way, not as a provocation," he said.